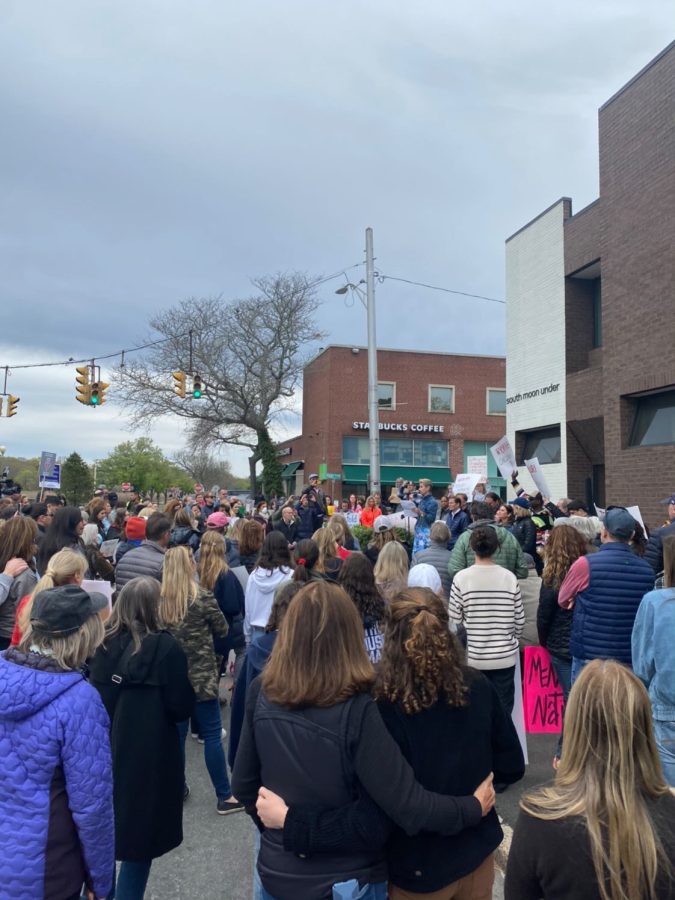 “I attended the rally because I was appalled by the news about the Supreme Court’s pending decision and the consequences that it could have for so many women, and I wanted to do something about it,” Tessa Moore ’22  said.

Moore attended the rally that consisted of protestors holding signs with messages supporting the cause in downtown Westport. The rally allowed them to battle a nationwide issue together.

, another attendee of the rally, said.

Connecticut elected officials spoke at the event, along with influential female speakers like Darcy Hicks, the founder of the activist group DefenDemocracy.

DefenDemocracy organized the rally in protest of the proposed Roe v. Wade decision, but have scheduled numerous protests working alongside legislation being created.

Chloe Sarno ’23 attended the rally and despite legislation, thinks that people must still voice their opinions through their actions.

“I think it’s important to attend events and protests like this,” Sarno said, “because showing up means showing that you truly care about the issue at hand and what can be done to prevent it.”