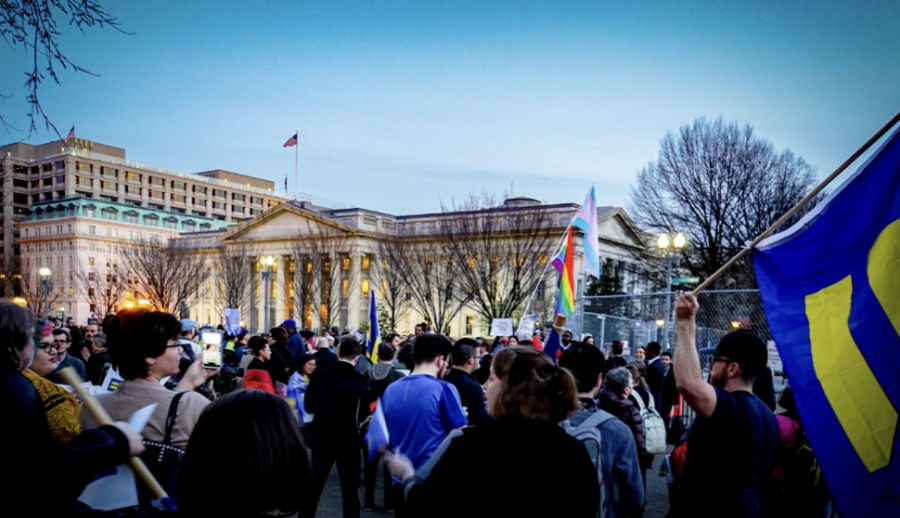 The exact borders of Title IX of the Education Amendments of 1972 is continuing to be reassessed from a variety of perspectives, with some officials and CIAC executives acknowledging the ambiguity of the term “sex” in Title IX. Others protest that transgender women do not belong in women’s sports because it violates the Amendment.

The case was made in order to stop transgender athletes from competing in girls high school sports due to the concern that transgender females possessed unfair biolocal advantages compared to their non-transgender peers, having been born biologically male.

“I think that people who are transgender should be allowed to race [and play] in whichever group they believe they identify as, despite the biological effects that people are claiming,” Hayley Buckman ’21, member of the Staples girls’ varsity soccer team, said. “I think that whichever [identity] they feel more comfortable they should be able to race in [that category].”

The divisive issue has been heavily scrutinized within recent years. This particular case garnered the attention of Former President Donald Trump as well as President Joe Biden. The Biden administration had withdrawn government support for the case which Trump had previously initiated.

“It’s pretty unfair for biological men to play as transgender women in women’s sports,” Nicholas Ramsay ’23, member of the Staples ski team, said. “[They are] typically stronger and able to perform better in those events. So it’s just kind of an unfair advantage against the biological females.”

This controversial subject will continue to be a point of conflict discussed by the media, athletes, political parties and lawmakers. As of now, the Connecticut Interscholastic Athletic Conference has said it is following a state law that requires all high school students be treated according to their gender identity.

“Sometimes I think you have to walk in the other person’s shoes,” coach of Staples High School girls’ track & field, Jesse McCray, said. “It was a very delicate situation, and there’s a case to be made for both sides. But I just wish people would be truthful about the issue because there are a lot of things that transgender athletes in high school are not able to do.”