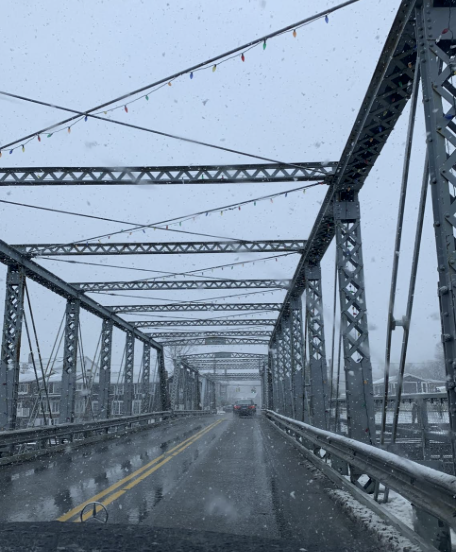 The Cribari Bridge is likely to be replaced due to safety concerns and frequent traffic build up. An environmental report recommended by the Connecticut Department of Transportation regarding the replacement of the bridge is possibly going to be released this March.

The Connecticut Department of Transportation (CTDOT) is likely to recommend the replacement of Westport’s William F. Cribari Memorial Bridge in Saugatuck due to an Environmental Assessment in March that will highlight the bridge’s multiple safety and traffic concerns.

“[The town] is waiting for an environmental report, which we were first told was going to come out in March, and we were told by the state that when that environmental report was finished, they were going to recommend that the bridge be replaced with what they call a highway standard bridge,” Lawrence Weisman, an attorney providing legal services on Land Use and General Litigation in Westport, said.

The century old bridge is likely to be entirely replaced, instead of fixing individual parts.

“The Cribari bridge is quite old.” Weisman said. “It’s narrow and dangerous; it doesn’t provide for pedestrian access in a safe way… nor does it provide for bicycle access and because it’s so narrow it forms a bottleneck of traffic. The traffic doesn’t bode freely through there.”

Adelle Rubinchik ’23 believes that the bridge should be replaced, yet there are ways to satisfy both sides of the argument.

“The safety of drivers and their passengers should come first, regardless of the historic aspect of the bridge,” Rubinchik said. “However, that does not mean that this special characteristic of the bridge has to be lost. While rebuilding it maybe it can be designed to look like the original version of it, or it can be built by the same metal, or any other nod to its original design.”

Chair of the New Neighborhoods Board Ron Corwin agrees with Weisman as he deems the bridge to be unattractive and unsafe.

“I personally think that the bridge itself is beyond repair, that it is not historic, that it is kind of a relic of the past, and that it is very dangerous,” Corwin said.

Former District nine RTM member Jennifer Johnson is unaware of the timeline for the possible reconstruction of the bridge. “When [the bridge will be done is] 100% uncertain right now,” Johnson said.

Although the bridge is presumed dangerous and inefficient by most, many oppose the argument for its reconstruction due to its history, and the fear that eighteen wheeler trucks could pass through the streets of Westport.

However, Weisman informed residents not to worry, as the town can regulate transportation across the bridge.

“Bridge Street, Greens Farms Road and Imperial Avenue are all within the town’s control,” Weismann said, “so the town could do some traffic calming measures. They could adopt a no trucks policy.”

With these major concerns in mind, it is uncertain when or if the bridge will be fully rebuilt. Due to the numerous worries regarding safety while crossing the bridge, however, many stand for its replacement.

“It’s a matter of priorities,” Weisman said. “Is it your priority to preserve the historic nature of that bridge, or is your priority to have an efficient, safe bridge that accommodates pedestrians, bicyclists and everybody who might use it.”