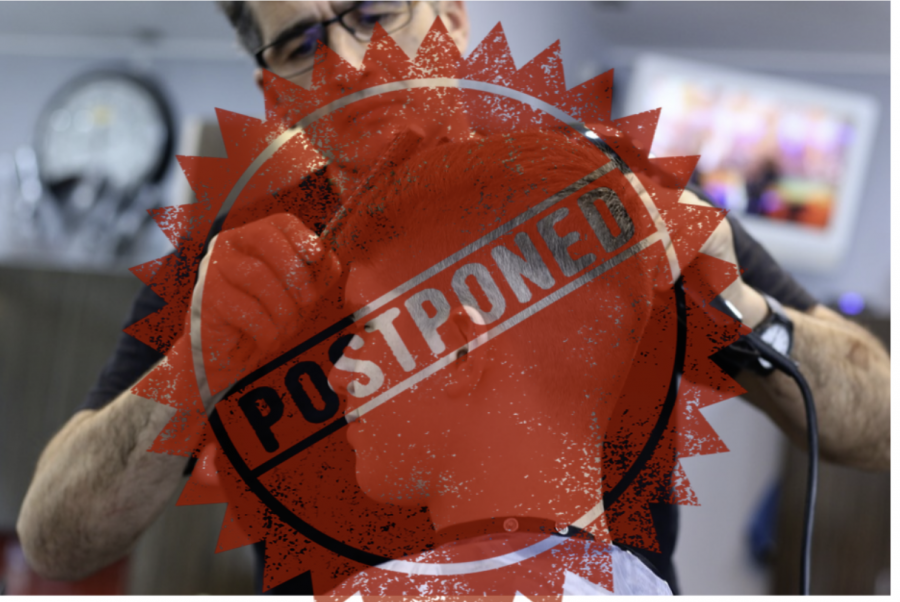 Despite the initial announcement that barbershops and hair salons would be included in phase one of Connecticut's reopening plan, Lamont has retracted this statement and pushed the reopening date to June.

Earlier this week, Governor Ned Lamont announced during his daily briefing that all Connecticut hair salons and barbershops reopenings would be pushed back from its original date of May 20 to at least June 1.

While most stores and restaurants throughout the state reopened in some capacity on May 20, Lamont, among others including salon and barbershop owners, felt that reopening cosmetology and hair businesses would be an unnecessary risk at this time and that many across the state were not ready to resume operations.

In reaction to the postponement, multiple students in Westport have mixed feelings about the announcement that salons and barbershops–which go hand in hand with their haircuts–will be delayed for a minimum of several weeks, and some feel that it should open right away.

Others feel that this decision doesn’t really affect them, but certainly affects people in the hair cutting industry.

“I’m not upset [about] it or anything because it doesn’t really affect me but I could see how it would affect people who work in those professions,” Emma Losonczy ’23 said.

Following Lamont’s postponement announcement, some Connecticutians have decided to go for clandestine haircuts or have their family cut it. Locally, the announcement caused some to take to the comment section in the popular, sometimes even combative local Facebook group,“Westport Front Porch.”

“At this point I think everything involves a certain degree of risk,” Jenna Brooke, a mother of two, said. “However, being outside in fresh air or dining outside on a patio in fresh air involves less risk than being inside in an enclosed space with someone for potentially hours, so I think from that standpoint it makes sense to delay the opening. I think waiting an extra two weeks at this point isn’t that much of an inconvenience.”

However, during the national social distancing mandate, at-home haircuts have become a trend, not only among everyday people at home, but among celebrities as well. This goes as far as prompting the creation of a live, one hour special called “Haircut Night in America,” airing on CBS this coming Friday, May 29, hosted by married actors Jerry O’Connell and Rebecca Romjin.

“The special features America’s top hair stylists who will guide celebrities […] and frontline healthcare workers, through the perfect DIY haircut, color and style from their homes,” according to the CBS website.

While some do think the postponement of opening barbershops and hair salons will be hurting the economy of Connecticut and the country, others think that reopening those businesses is too much of a safety risk right now.

“I think that we should be opening up the economy as much as possible while keeping safe,” Riley Foushee ’23 said. “But barbershops require close contact and should remain closed.”