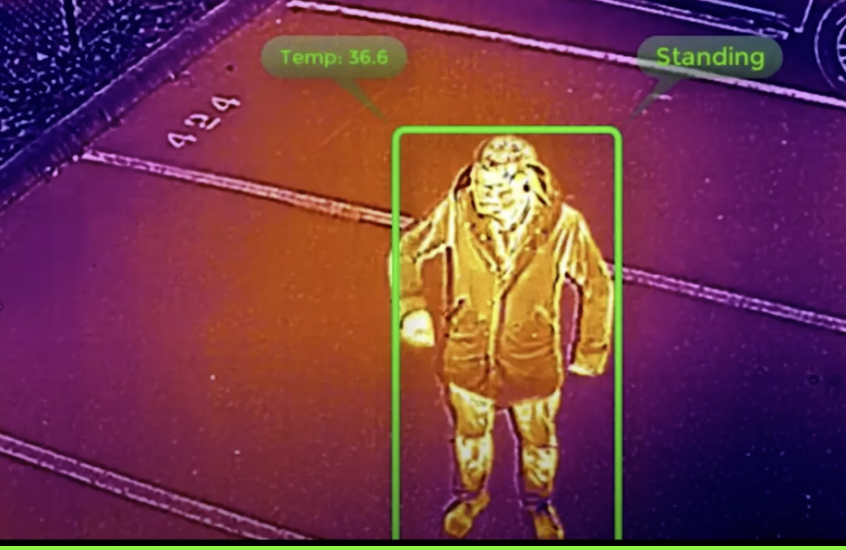 The drones would detect high heart and respiratory rates and high temperatures in addition to voice commands to remind the public of social distancing.

Westport’s Flatten the Curve Pilot drone program recently shut down due to privacy concerns and backlash from the ACLU (American Civil Liberties Union) of Connecticut.

Through drone company, Draganfly, claimed these drones would not use facial recognition or be used in residents’ private yards, citizens’ concerns outweigh Dragonfly’s reassurances.

“People’s lives are their own business,” Jen Westphal ’22 said. “If they choose to disregard orders, they are putting themselves at risk and making their own choice to do so.”

The ACLU also denounced the company about their intentions, stating that Draganfly is using the pandemic as a way to market their products and create business opportunities.

According to NBC Connecticut, Police Chief Foti Koskinas appreciates the drone program offer, but will always prioritize the concerns of residents.

“‘We remain honored to have been given an opportunity to assist in a pilot program which could someday prove to be a valuable life-saving tool,” Koskinas said. “‘We […] sincerely hope to be included in future innovations once we are convinced the program is appropriate for Westport.’”

Despite major backlash, some residents believe the benefits of these drones would have served many benefits to the community.

The drones would have specialized sensors and computer vision systems to track high temperatures, heart and respiratory rates from 190 feet away as well as voice commands to remind the public to maintain social distancing.

“If the drones are only used to detect people who are infectious, they should be in use as they can help to prevent the spread of the virus,” Lucas Slater ’22 said.

Others feel that efforts should be more focused in different areas like controlling public sites, integrating testing stations and supporting hospitals.

“I believe other methods to ensure social distancing, such as closing down fields and Compo Beach, have been effective enough to reduce the rate of the virus spreading,” Jessica Qi ’22 said. “[Detecting] temperatures aren’t necessary because Westport [has] a coronavirus testing drive-through and many individuals are asymptomatic anyways.”

Opposition among the public remains clear. Some believe that a level of privacy should be sacrificed in the face of a national pandemic, while others think that people’s privacy is too sacred and drones aren’t the most effective solution as is.

“People just need to learn how to social distance,” Samir Mott ’22 said. “This will keep them in check. It’s not a privacy issue; it’s a safety issue.”