Board of Education eliminates April break for 2020 school year 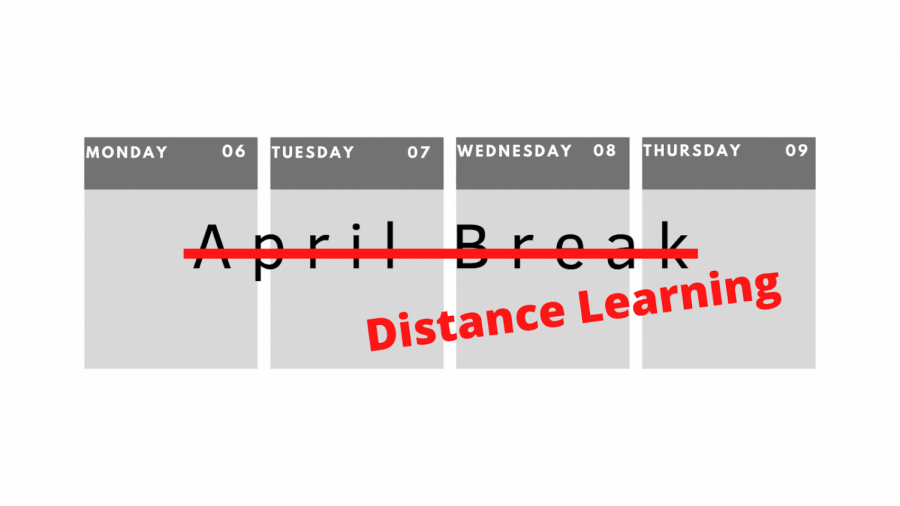 The Board of Education voted to cancel April vacation for the 2019-20 school year. Students will continue doing online lessons through the district Distance Learning model on April 6 through April 9. There will be no virtual teaching on Good Friday, April 10.

The Board of Education voted to cancel four days of the Westport Public School spring recess during a special meeting held virtually via Zoom on March 23. The vote was unanimous with member Vik Muktavaram abstaining.

April 6 through April 9—which students originally had off from school—were replaced with regular days of distance learning, the district’s present academic plan during school closures due to COVID-19. Students will have no online learning on Good Friday, April 10. This change shifts the calendar, making students’ final day of school now set for June 12.

Interim Superintendent Dr. David Abbey spoke at the beginning of the meeting, representing both teachers and the administration. He stated that the teachers union had surveyed its members and the majority supported the removal of April break.

“Both the teachers represented by the Westport Educational Association […] and the Westport Intermediate Administrators association […] strongly believe that it’s in the best interest of our students and the best interest of our distance learning plan to continue the momentum as we further develop the program and as we serve our students,” Abbey said during the virtual meeting.

Abbey further stated that since families are largely unable to travel and would be staying home for break, it is most sensible to not disrupt the momentum of online learning.

Following Abbey’s comments, each Board of Education member gave their thoughts on the proposal. The majority of their comments echoed Abbey’s remarks.

Board member Vik Muktavaram noted that this would essentially eliminate four days of classroom instruction if the district returns to school before the end of the year.

Muktavaram further questioned how this would impact students who receive extra services and if the time would be better utilized evaluating and developing the effectiveness of the district’s current distance learning plan.

The public also had the opportunity to comment via a Google Document. The public’s comments were mainly supportive of the removal of April break, though some participants questioned how this would affect the curriculum and the timing of content delivery.

For now, the decision to remove the school recess will allow students and teachers to keep distance learning going, with the exception of Friday, April 10, until April 20, the earliest date Governor Lamont will presently allow schools to reopen.

“[The decision] makes sense because we will be able to do more with a week off in June than a week off in April,” Sarah Whittle ’21 said, “but it would still be nice to get a break. Although we may not be physically in school, we are still doing just as much work.”

The Board will have its next virtual meeting on April 2 to discuss further plans.