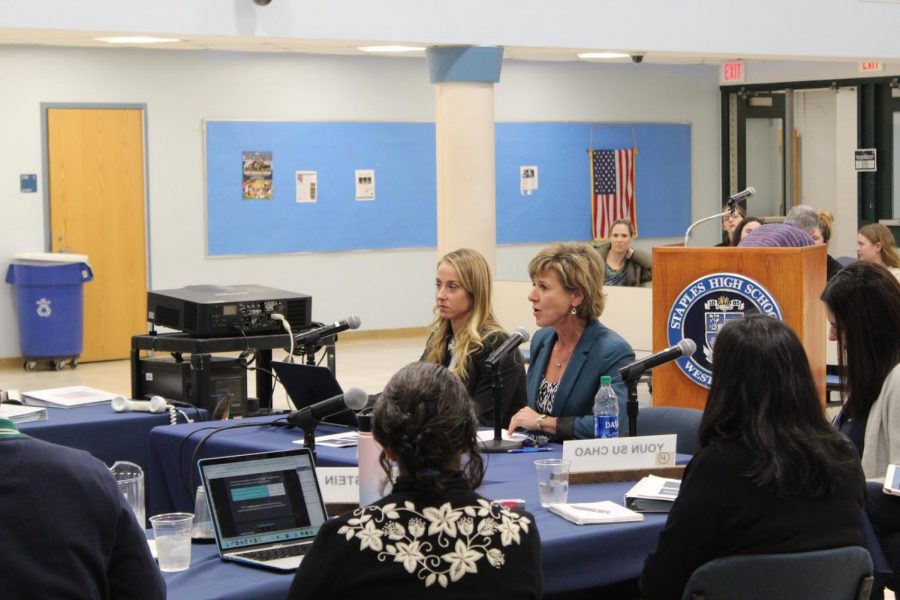 The committee, comprised of many constituents including the superintendent, BOE members, parents, administrators, high school students, an athletic director, a chief financial officer and a supervisor of health services first convened in November 2017  to start discussions on start times and seek out a compromise. The ultimate goal of many committee members is an 8:30 a.m. start time for Staples.

8:30 a.m is physician-recommended as it best corresponds with the changing sleep patterns of teenagers; however, that would cause further pushback for elementary school students as well as nearly quadruple the number of early releases of students in the Staples athletics department.

“As a working parent and knowing other single parents, the logistical aspect of trying to get your kids out the door in the morning is very challenging,” Alexis Bancroft said, mentioning that the change will force her to get personal care for her kids in the mornings. “I think the financial burden of that on a certain group of families in Westport is very challenging.”

A proposed solution of switching the start times of the elementary and high schools was rejected by the committee. An earlier start time for elementary students would result in them waiting at the bus stop in the dark.

Opponents to the plan also argued that a 3:15 p.m. dismissal for Staples would disrupt after-school activities while moving the significantly slower elementary schoolers to the first tier of busing would create an additional 40-minute delay to the middle and high school bus tiers.

In spite of these challenges, many students in both the high and middle schools are happy at the proposed plan and eager to see it take form.

“My sister, who’s a sophomore at Staples High School, struggles so much that practically all mornings she doesn’t even eat breakfast, Hannah Clemens ’24 said during the meeting. “All she has time to do is grab a quick cup of coffee on the way out just so she can stay awake in class.”