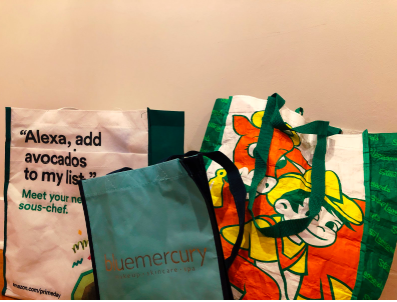 Westport has enacted a $.10 tax that local, non-corporate stores have the option to apply to every paper bag provided to their customers.  According to the Connecticut State Department of Revenue Services (DRS), municipalities are permitted to enact or enforce an ordinance concerning single-use checkout bags made of paper. The DRS has yet to issue laws on the administration of paper bags, leaving the Westport community conflicted about the town’s decision to tax them.

“Selling [paper bags] for $.10 is ridiculous,” Angela Ramos, an employee at Michael’s, said. “[My] kids want to buy all this stuff and I have to buy six or seven bags.”

Even though they are under no obligation to do so, some American chain stores operating in Westport, like Walgreens and, in the near future, Stop & Shop, have also decided to tax paper bag use in order to encourage Westport customers to bring reusable bags. These stores are also allowed to pocket the profits of applying the tax, rather than applying to store profits that will later be taxed by the state.

But not all stores are charging for paper bags.  Both Michael’s and Village Bagels distribute paper bags and have chosen not to tax their customers.

Some Westport residents do not understand the reasoning behind the taxation of paper bags.

Photo by Sophie Casey ’20Reusable bags are featured prominently on the wall of Trader Joe’s in Westport. Bags cost 99 cents each.

“What’s the reason behind bringing reusable bags and taxing paper ones?” Morgan Carnahan ’23 said. “Is it for the environment?”

But others, like Abdun Khedira, who is an employee at Village Bagels in Westport, understand the environmental benefits for promoting the use of reusable bags.

“We should not be using paper or plastic bags.  We should be using reusable bags,” Khedira said. “Plastic bags should be banned nationwide.”