We the People class advances to national competition 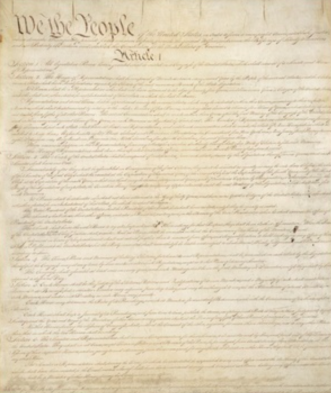 On April 26-29th, 2019, Staples High School’s We the People Class will be heading to Washington D.C for the national We the People Competition after they won the wildcard. After losing to Trumbull in the state competition, the received wildcard let them continue on.

In all 50 states, students take place in the We the People competition, an oral-based competition with different topics surrounding the constitution. The contest starts at the state level, with one winner coming out of each state. However, wildcards are given out that allow for teams from 28 states to come to compete in the national event.

“States was amazing, it was such a fun experience. It was really crazy to see our months of work culminate into just 10 minutes of judging,” Caroline Vandis ’20 said. “We write three responses to prepare and practice answering questions related to our statements. At the competition, the judges randomly select one of the three, which we read for four minutes, and then we answer six minutes of questioning.”

The We the People Class is divided up into six groups which represent the six units in the given We the People textbook that all students have to read.

“At the competition, the whole team sat in a room for a couple of hours and watched as the units went one at a time. my unit went second,” Vandis said. “It was really nerve-racking because we only really know our own material so it’s hard to judge how one unit is doing. And then after everyone went we went down to an auditorium to receive the results.”

For the national competition, over 1,200 students go to Washington D.C along with 56 teachers according to Civic Education. For this trip over $1,500,000 is going to be raised in order for the groups to compete and learn in the nation’s capital..

“It was a really amazing trip, becoming an expert on my topic was really interesting to me,” De Brino said. “We got to compete on a national stage, we shared a bus with other schools, we got to tour D.C, met Will Haskell who hadn’t won his State Senate seat yet, and overall it was just so fun because of the great bonding experiences where we met so many new people. It was definitely one of the best high school experiences ever.”

According to De Brino, “extremely intense” research has to take place to prepare. For example, the class had to dig into online documents, the given textbook, and even do in-person interviews.

When Staples’ We the People class found out they received a wildcard they began to plan for the upcoming trip. Part of their strategy included learning from the self-remarked stressful state competition to help at the national one.

Max Herman ’19 is another current We the People Student who is getting ready for upcoming competition.

“The state competition was stressful but our team trusted each other and our own knowledge,” Herman said. We didn’t get first but we are ready to place as high as we can at nationals.”

Vandis commented that their strategy for nationals was similar to theirs for states, but that they had to adapt slightly to the different rules for the nationwide competition, such as being able to read and receive questioning on prepared statements.

“I think a lot of the team wants to place higher than Trumbull, the team who always wins states, at nationals, but otherwise we’re all just really excited to go,” Vandis said.