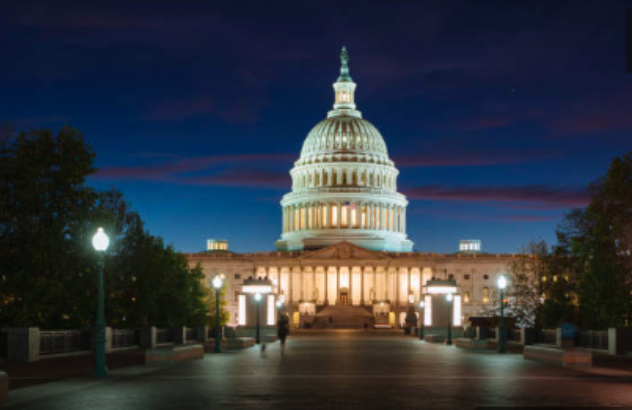 President Donald Trump accepted House Majority Speaker Nancy Pelosi’s invitation to give the 2019 State of the Union address, leaving Staples students with a variety of opinions.

“During the government shutdown, when Pelosi and Trump were talking about whether or not the State of the Union Address was going to happen… I personally was frustrated with that decision,”  James Mann ’21 said. “I didn’t think it was fair for a President to give an address about politics and what was going on in the government and what his plans were when the government was shut down and almost 800,000 [government] workers weren’t being paid.”

Pelosi had originally extended her offer to Trump on Jan. 3, to give his address on Jan. 28. However, Pelosi retracted her initial invitation and mandated the President to delay his address in regard to the partial government shutdown that lasted from Dec. 22 to Jan. 25, becoming the longest shutdown on record.

“When I wrote to [Donald Trump] on January 23rd, I stated that we should work together to find a mutually agreeable date when the government has reopened to schedule this year’s State of the Union address,” Pelosi said in a letter, according to CNN News. “In our conversation today, we agreed on February 5th.”

Some students feel that the address is crucial in order for the country to have common information. “I think the State of the Union address is very important,” Abby Kalman’22 said. “As a country, we need to know where we stand right now and what’s happening, and if people are unaware of certain things, we need to know what’s going on in our country and how we can fix it, and how the president is going to resolve it.”

Following Pelosi’s rescission of her invitation, conflicts arose between the two politicians. Trump denied Pelosi the use of military aircraft on her upcoming overseas trip to Afghanistan, Brussels and Egypt, quoting the shutdown as the reason why, as there would not be enough funds for the trip.

“I’m sorry to inform you that your trip […] has been postponed,” Trump wrote in a letter, according to the Military Times. “We will reschedule this excursion when the shutdown is over.” Pelosi’s travel is still postponed, however, despite the government temporarily reopening.

After Pelosi extended her most recent invitation to President Trump, he stated, “It is my great honor to accept [the invitation],” according to ABC News. “We have a great story to tell and yet, great goals to achieve.”

However, the government’s reopening is only temporary, as the deal to reopen it lasts for 3 weeks, meaning that it will shut down again on Feb. 15.

Other students are looking forward to watching the address, specifically to see how Trump will respond to recent events. “I think [Donald Trump] needs to address what he’s done and the effect that it’s had on the people,” Hannah Fischer ’19 said. “I think he also needs to address how it’s going to affect his reelection […] I know [the address] is usually talking about the past year, but I think he has to use what he’s experienced to project how that’s going to affect if he gets reelected or how he’s going to re-run.”

As of now, Trump will give his State of the Union address from the House of Representatives chamber on Feb. 5 at 9:00 pm EST.