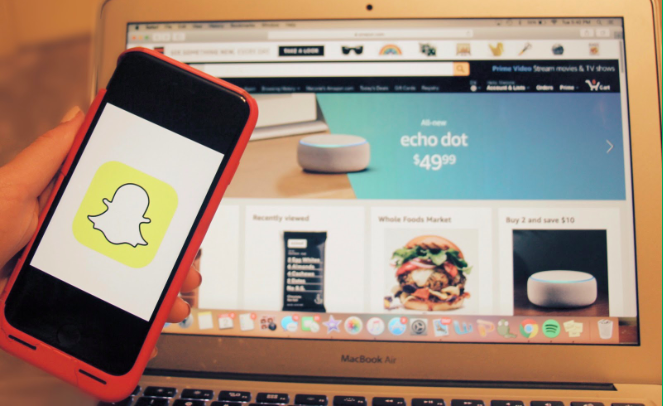 Technology companies Amazon and Snapchat are creating a new feature in which Snapchat users can easily find and purchase a product. Users can do this by pressing down on their mobile device screen, holding it up to the item or barcode and then scanning it. If the item or barcode is recognized, the user is re-routed to the Amazon app or website.

“I think that it is a very creative way to introduce Amazon into people’s lives if they haven’t really used it before,” Stella Corenthal ’21 said.  “This feature will be beneficial to those who use Snapchat on a daily basis.”

According to a survey conducted by Forbes, 30 percent of consumers reported that they would purchase goods through social networks. The market for purchasing products online is growing immensely, with many apps allowing this direct purchase from the platform.

Kylie Cohen ’20, a frequent user of both Amazon and Snapchat, seemed to appreciate this idea.

“I think that partnering up with Amazon will help Snapchat increase the number of users they have, so it is really smart of them to create this partnership,” Cohen said. “It will help the companies on both ends.”

Teaming up with Snapchat is one of the many ways Amazon has attempted to grow its number of consumers. In August of last year, they made a similar move by teaming up with Whole Foods. Through this partnership, they can help Amazon Prime Members save money when purchasing food.