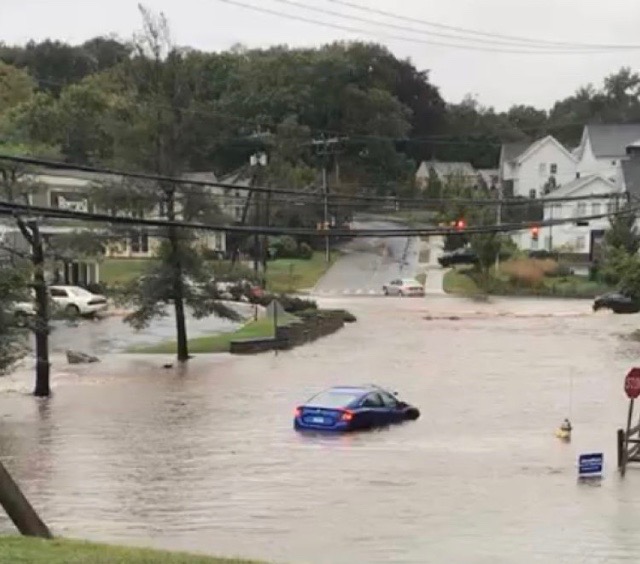 Heavy downpours throughout Connecticut broke out minutes after a flash flood warning was issued in Westport, Hamden, Shelton, Darien, Stamford and Bridgeport until 6:15 PM by the National Weather Service. The floods caused many closed streets, submerged cars, prolonged traffic and caused local and state police as well as the fire department to be sent out to areas that needed help with the high levels of water.

High levels of water forced I-95 between exits 15 and 16 to be closed, according to patch.com. With sections of I-95 flooded, government officials evaluated roads and decided to close them. Even though no major injuries were reported, various people were rescued from their cars.

Members of the Staples community grew scared as various clubs such as Staples Players were dismissed early. Sam Laskin ’21 described the rain as torrential.

“It broke my umbrella,” Laskin said, “it flooded a street I have to use to get home to the point where I feared my car would get caught up and drift away.”

“Two adults and two children were rescued from two cars that were swept off the road by swift water caused by flooding,” Darien News wrote. The fire department had to break a window to rescue the victims. In the wake of the flooding, the Westport Police Department issued a statement via Facebook.

“We urge residents to stay off the roadways unless necessary. If you need to travel, please allow extra time to reach your destination. Do not attempt to drive through flooded roadways and avoid low-lying areas prone to flooding,” the Westport Police Department said.