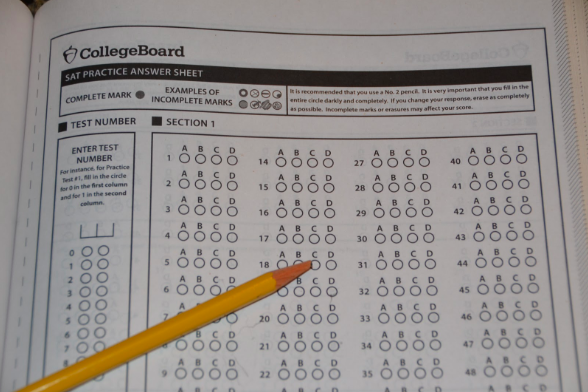 Months before students all around the country started preparing for the SAT on Aug. 25, test answers were floating around online, exposed to everyone. The answers were from a previous standardized test taken overseas in October 2017, and it is unsure how many students viewed the answers.

Isabel Powell ’19 took the SAT this past August and was unaware of the leak online. “Being a senior at Staples, I am incredibly aware of the paralyzing pressures of the college process,” Powell said. “I do not doubt that most students would do anything to relieve themselves of this pressure even if it meant breaking the rules.”

According to USA Today, the College Board recycled some of the same parts of the October SAT, so with the words “SAT tests” typed into a search bar, a student could answer every question on the SAT correctly.

According to The Washington Post, a class-action lawsuit was filed against the College Board in Florida by a test taker’s father on the grounds that some parts of the test were essentially “copied and pasted” from a different test. The College Board stated that it would try to ensure SAT security online.

“If we determine students have gained an unfair advantage, we will take appropriate actions,” the College Board wrote. “This includes canceling test scores and, in some cases, prohibiting them from taking another College Board assessment.”

Dr. Jed Applerouth, the founder and president of an SAT and ACT tutoring website wrote about this scandal. “Computer adaptive testing resolves the security issues. Emerging technologies now allow us to quickly generate testing items and build vast problem banks,” Applerouth said. “With these enormous problem banks, using adaptive testing, no human will be able to memorize all the items or even a pathway through the potential items.”

Cam Lynch ’19 is another student who was unaware that the answers were leaked going into the test. However, after he had finished, he read an article revealing this information. Lynch believes that having the test online will not solve the problem of students cheating because of how the answers from the October test were leaked via photo.

“The only thing that could stop the answers from being leaked,” Lynch said, “is the College Board being more secure and making a new SAT for each time.”

There has been nothing yet to solve this leak of SAT answers and to prevent it from happening with other tests, but the College Board is in the process of trying to figure it out.

“Any effort to place certain students at an advantage over others is fundamentally unfair and must be stopped.” Scott Jaschik, a writer for Inside Higher Ed, said. “All students deserve a level playing field, and the College Board has a duty to immediately investigate these claims and safeguard the integrity of this important test.”