Supreme Court sides with baker who turned away same-sex couple 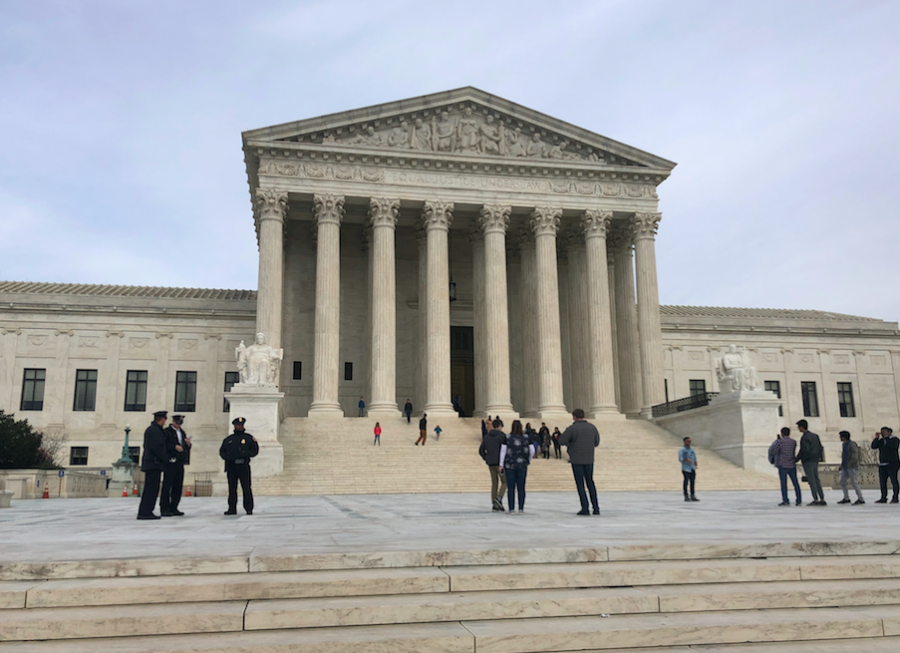 The Supreme Court ruled in favor of a Colorado baker who refused to bake a cake for a same-sex couple on June 4. The decision was 7-2 and was written by Justice Anthony M. Kennedy.

In July 2012, same-sex couple David Mullins and Charlie Craig asked Jack Phillips, owner of Masterpiece Cakeshop, to make a cake for their wedding. Phillips rejected their request due to his religious beliefs. After Colorado courts ruled in favor of the couple, Philips’ case was petitioned to the Supreme Court in July 2016, and was agreed to be heard in July 2017.

There has been support from both sides of the ruling, but Isabel Handa ’19 does not agree with the decision. “Personally, I disagree with the decision on my own moral grounds,” Handa said. “I believe that even if a producer has a religious objection to how a customer will use his artistic expression, he must treat everyone equally in the stream of commerce.”

This ruling, however, is very narrow as it only affects Phillips and may not have an impact on future cases, according to CNN. Abi Genser ’18, agreed, adding, “Previous case law is extremely important in future decisions. But the masterpiece case ruling was for that specific baker based on the nuances of the case.”

Kennedy wrote in the opinion that the Colorado Civil Rights Commission’s conduct in evaluating the Philips’ reasoning for not making the cake violated the Free Exercise Clause of the First Amendment. According to The Hill, the commission showed a, “clear and impermissible hostility toward the sincere religious beliefs motivating Philip’s objections to making the custom cake.” A large part of the opinion focused on the fact that the commission did not act appropriately.

However, Justices Ruth Bader Ginsburg and Sonia Sotomayor argued in their dissenting opinion that remarks made by one or two commissioners should not overtake Philip’s refusal to make the cake for Mullins and Craig.

Justice Clarence Thomas filed an opinion concurring in part, but not in rationale, stating that ordering Phillips to bake a wedding cake for a same-sex couple would be a violation of his First Amendment rights.

Although it was a narrow decision, there are many who believe this will further deepen the divide between liberal and conservative states. According to an article on NPR written by Tom Gjelten, “Liberal states may be more inclined to protect the rights of same-sex couples, while conservative states may be inclined to limit those rights in the name of protecting religious freedom.”