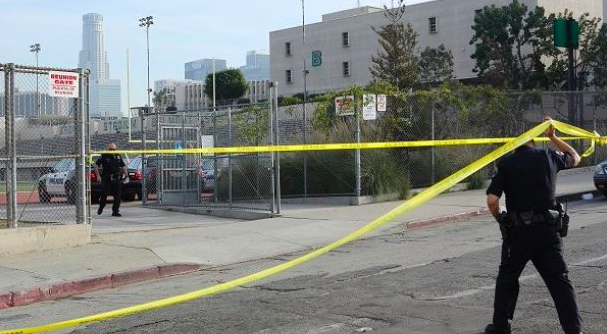 An accidental shooting occurred at Sal Castro middle school in Las Angeles on Feb.1, the third school shooting of recent weeks. Two students and two others were left minorly wounded. The student responsible had an unregistered semi-automatic machine gun in her backpack.

According to LA Weekly, the shooting was not intentional. “I didn’t mean to. I had the gun in my backpack and I didn’t know it was loaded and my backpack fell and the gun went off,” she said. Officials are yet to figure out how she got the gun in the first place and how she proceeded to take it to school. Some say a leading cause could have been the bullying she deals with at school.

Students and parents are left shocked and guidance counselors are helping students cope with the screams and tears students dealt with in the classroom the day of the incident.

“It’s sad how these public shootings are becoming a routine thing,” Ellie Doran ’20 said. “The frequency of these shootings are causing people to feel threatened all the time in places they should feel safe.”

The school of 365 students in grades six through nine was put on lockdown while officials proceeded to search students. She was immediately arrested without incident, but is now being charged with negligently discharging a firearm.

“It is quite unfortunate that guns can get into the wrong hands here in America. If you look at statistics you’ll notice that America has a much higher rate of shootings and gun violence compared to European countries,” Caelan Chevrier ’20 said. “We have been trying to establish better background checks for decades now. We need to come up with a solution that will never allow things like this to happen again.”

Students are continuing to follow normal school days. The school is declared safe as they provide appropriate support to students in which were impacted by this event.