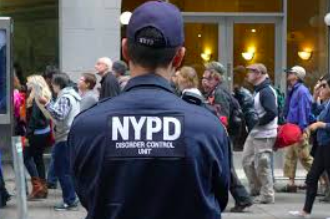 New York City (NYC) , which is the closest major city,  had a record low of 286 murders in 2017. The crime rate hasn’t been this low since 1951, when the record keeping of crime rates began. New York City  is now one of the United States safest big cities

“It’s a great accomplishment.  Since my dad works in the City, it’s good to know that the City is getting safer,” Dylan Honig ’19 said.

The New York Police Department (NYPD) is one of the main reasons why there was such a decrease in the amount of crime. They employed more police officers to work the streets in order to protect more citizens and to stop more violent crimes like homicide and robbery,.

According to the New York Times, “murder, manslaughter, rape, assault, robbery, burglary, grand larceny and car thefts was a total of 94,806, well below the previous record low of 101,716 set last year.”

The New York City travelers are glad to hear the news. Paul Dedomenico, the father of Josh Dedomenico ’20 and a daily commuter from Westport to New York City is grateful. “It is relieving to know that New York City has become safer,” Dedomenico said. “I don’t have to worry as much, especially with all the terrorism that’s occurring”