Weaponized drones could be authorized in Connecticut. 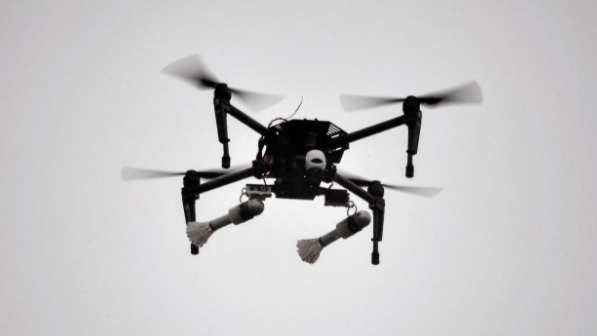 A new law in the state of Connecticut’s House of Representatives could allow police to use weaponized drones within the next year if passed.

These drones would have the ability to use lethal weapons in situations that call for them. According to CNN the bill passed in the Judiciary Committee of the House of Representatives 37-4. While the bill is intended to improve public safety, many people have expressed doubts about how much safer these drones could make the state.

“Not only do these drones inhibit our safety, these drones have no emotion or empathy and could kill people with just the push of a button,” Ian Cooney ’18 said.

The Police Officers Standards and Training Council of Connecticut have stated that they will be creating regulations on how police should be able to use these drones and when they can use them. Proponents of the drones, including many police officers in Connecticut, have said that they will be used more for protection as opposed for harm.

“We have to start investing in new technology for our police officers and if it that means giving them weaponized drones then it should be allowed,” Ethan Vosper ’19 said.

This bill could make it possible to fight people who use drones as weapons. Since drones have become so popular, police have and will continue to face more of these incidents. This bill also addresses new regulations for the recreational flying of drones as well as for police officers.

“While I don’t like the other part of the bill relating to weaponized drones, it’s good that there are parts of the bill that regulate the use of drones in Connecticut,” Luke Welch ’19 said.

Some believe the drones could increase the racial bias because they could target diverse communities in which crime rates are higher. Warrants and surveillance have also become a question in the use of these drones because of the few regulations in place.

“The lack of regulations on drones makes it scary for me to think about police having them,” Samantha Pacilio ’19 said. “There are already many communities in Connecticut that are enforced more often, such as Bridgeport and New Haven, and if these drones exist it will get even worse.”