Westport write to succeed in the Connecticut Student Writers Contest 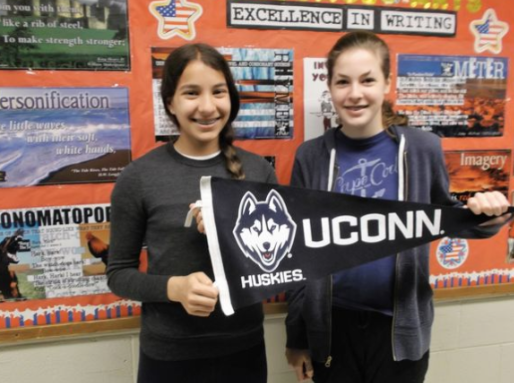 “I got an email telling me that my poem had been selected for publication, but I didn’t see the email until after it was mentioned on the morning announcements that I had won,” Fording said. “So that’s actually how I found out this year — by hearing my name over the loudspeaker.”

Honorable mentions of the competition sponsored by the Writing Department of the University of Connecticut included seventh graders Amy Hogan from Bedford Middle School, as well as Sophie Alcyone and Erin Durkin from Coleytown Middle School.

“Even with my low expectations, I decided to enter because I wondered how amazing it would be to maybe receive an award and be recognized as a writer,” Hogan said. “I am so thankful that I was chosen out of all of the submissions to receive an honorable mention.”

Fording has been involved in the contest for years now and has attempted to better her submission each year. She has explored more in the poetry and prose sections.

“I joined the contest when I first learned about it in second grade when my teacher recommended that I submit something,” Fording said. “I won that year and got an honorable mention in fifth grade, and ever since then I’ve submitted something every other year or so.”

All three girls look to potentially associate their adult careers on the writing path, whether that be a poet or a writer for a magazine.

“I think writing could be something to pursue, Alcyone said. “I’m more of a reader than a writer. However, the more I write, the more I find I enjoy it, particularly when writing nonfiction pieces.”