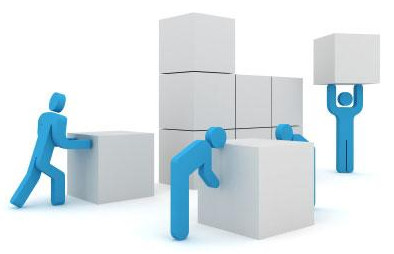 The Staples’ administration has gathered a committee to explore both the benefits and drawbacks of various schedules in order to maximize work efficiency and eliminate stress. Staples currently possesses a schedule that differentiates each day from the next; Mondays and Fridays build in seven of the eight periods, while Tuesdays, Wednesdays, and Thursdays contain six periods, one of which lasts 80 minutes.

With the alleged overwhelming workload at Staples, the committee is looking to minimize the stresses and worries for the students in any way possible. If alterations in class schedules can eliminate these afflictions, the committee makes adjustments accordingly.

As of now, there is no definitive plan or structure for the schedule, as the scheduling committee is still busy examining the schedules of different schools around Connecticut.

D’Amico also acknowledges the fact that “there are certain things with our schedule right now that we aren’t able to do.”

Social studies teacher Cathy Schager agrees, as she often finds it difficult to fit a well-structured lesson into a 50 minute period. Schager believes an extended length of time would allow students to better demonstrate their understanding of the material.

However, there are many students who are satisfied with the current organization of the schedule. Many teachers feel that it allows for a free-flowing day.

“I like having the variety in our scheduling. Aside from when I taught kindergarten, I’ve never really experienced a block schedule, but I suppose I could see why people see benefits in it,” Liz Olbrych, English teacher said. “The differentiation in our schedule now doesn’t bother me.”

Gemma Price ’19 agrees, saying,  “I kind of like how it is now, and I wouldn’t like it to change to something like a block schedule. If you miss one day, you would be so behind. Our schedule now is balanced, and I like it a lot. I can’t imagine having all of my worst classes on one day.”

Ed Milton, the Student Outreach Counselor at Staples, said that “Some people kind of crash at some parts of the day. It’s good to mix it up so that those classes are kind of evenly dispersed. Having a regular communication time is important for building relationships, keeping people informed and allowing for people’s voices to be heard.”

However, some students are not fond of either the current schedule or the proposed changes.

“I prefer the days when there are no long periods because they get boring, and they are extended way too long,” Nadia Pollman ’19 said.

Amidst the possible changes, Student Assembly president Jacob Bonn ’17 hopes that people will take the changes in stride, saying, “Obviously a schedule change would not be in any one student’s best favor as we are so well adjusted to the transitions between class periods. As students, we have to accept and take advantage of the possible schedule change in the future, instead of simply resenting them.”