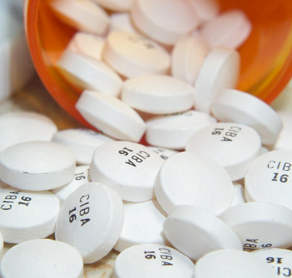 Connecticut’s opioid epidemic has increased exponentially in the past year and has especially harmed Weston, CT recently, a town close to home.

Opioids are drugs used to combat severe pain, and unless used properly can result in grave consequences such as death.  The three most commonly abused opioids are heroin, codeine and morphine.

Last August, a Weston resident died due to an opioid overdose while attending the University of Pittsburgh.  Also reported that month, former Weston resident Kyle Navin, currently in jail for killing his parents, Jeffrey and Jeanette Navin, was an opioid user.  Police reported finding heroin and oxycodone at the crime scene.

Although opioid has struck the Weston community, current Weston high schoolers are unaware of the addiction.  James Banbury ’16, student from Weston High School, explains, “I wasn’t aware of any opioid crisis because I haven’t personally heard of anyone, in the high school at least, who has taken opioids,” he said.  “The most recreationally used drugs for kids in my school are marijuana and Xanax.”

Emily Eldh ’16, co-president of Staples’ Teen Awareness Group, was shocked by this controversy. “Honestly I was really surprised and very rattled by this recent uproar about opioids,” she said. “Considering we are so involved with the drug and alcohol climate at Staples and in the community… I really felt unprepared for all of this talk about opioids.”

It is normal for high schoolers to not be as familiar with opioids considering a report by the U.S. Department of Health and Human Services showed heroin usage usually begins between the ages of 18-25.

Although not presently a problem in the high schools, opioid abuse has recently become a problem for Connecticut residents and has resulted in a rise in deaths due to these drugs.

According to The Weston Forum, “The Connecticut chief medical examiner’s office confirmed that heroin, morphine or codeine, three common opioids, were present in 444 deaths statewide in 2015. That number is up from 349 in 2014 and 286 in 2013.”

Connecticut’s numbers may be high, but state governors are realizing that this is more than just a state problem, it is a national problem.

The country’s governors recently gathered in Washington to discuss possible ways to tackle this crisis.  One idea was to pressure the federal government for more money to aid the fight against opioid abuse. Additionally, some governors shared policies that they have implemented to confront this epidemic.

According to The CT Mirror, Republican Gov. Charlie Baker of Massachusetts has “pressed police officers who respond to overdose calls to persuade heroin and prescription pill addicts to seek immediate inpatient treatment.”  He also requires Massachusetts police officers and first responders to be supplied with the opioid antidote naloxone.

These are a few steps Massachusetts has taken to combat the opioid crisis, but all of the governors are still looking for more ideas to fight the epidemic.