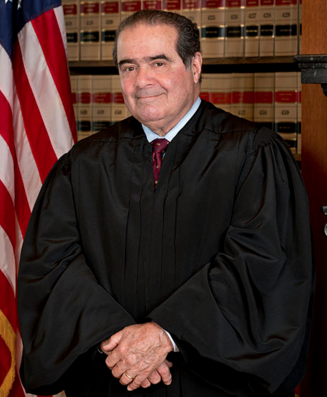 Justice Antonin Scalia, whose vacated position on the Supreme Court is causing a partisan rift Photo courtesy of Supreme Court.

On Feb. 13, 2016 Justice Antonin Scalia died in Schafer, TX, leaving an eight person Supreme Court and a year for President Obama to fill the gap.

While it’s a rare thing for a justice to be appointed to the court in an election year, this isn’t an event without precedent –– throughout American history, there have been 13 instances of a supreme court judge dying, resigning or retiring during an election year, and in 11 of these cases the Senate accepted the president’s nomination.

However, this time, there has been a movement by the Republican-controlled Senate to block Obama’s nominations for justice until the new president comes into office.

“The June decisions period is coming up,” social studies teacher Cathy Schager said. “What if there’s a tie? It’s about having a functioning country.”

Ellie Shapiro ’17 agrees, pointing out that it’s in the Constitution for Obama to appoint the new judge. “This is just ridiculous,” she said.

The media, Schager adds, isn’t helping. By bringing up the Joe Biden speech from 24 years ago arguing for what the Republicans want today, they’re just “adding to the flames.”

“It’s a completely different conversation,” she said. When Biden was arguing against George H. W. Bush’s appointment, Bush was already in his “lame duck [period]. [Obama] doesn’t have a choice.”

However, some students have some trepidation about how the court will change.

“As much as I didn’t like Scalia,” Philip Cadoux ’16 said, “I kind of liked the composition of the court: four conservatives, four liberals and one independent.”