Zika virus–what it is and how it affects service trips 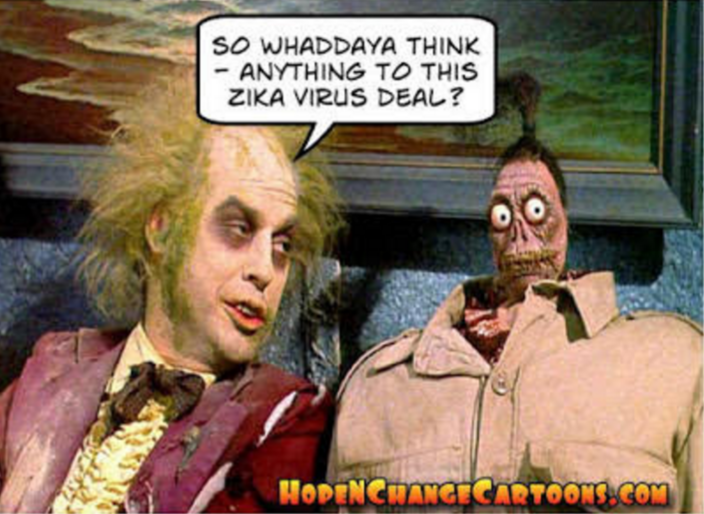 The spread of the Zika virus has garnered more and more attention recently, with various news outlets reporting that the effects of infection can be relatively mild in some cases but of more concern in others.  As spring break nears, and Builders Beyond Borders service trips are scheduled for locations where Zika-infected mosquitos might live, the virus is becoming a more and more relevant topic among Staples students.

The Zika virus is a disease primarily caused and spread by the bite of an infected Aedes mosquito, the same mosquito that carried and spread the Chikungunya and Dengue virus. It can also be transferred from a pregnant woman to her fetus at the time of the birth or around the pregnancy and is believed to be the cause of microcephaly, an abnormally small skull in an infant with severe retardation.

Symptoms of this virus include muscle and joint pain, conjunctivitis, pink eye, skin rash, headache and fever, and typically only last from two days to a week. Based on past cases, Zika is fairly mild and people with the virus usually don’t have to go to the hospital and rarely die from it. Only one in five people infected with the virus will actually suffer from any of the commonly reported symptoms, and most people never realize they were infected by it.

Currently, there isn’t a vaccine or any specific medicine to treat the virus, but there are a number of ways to prevent being infected. One of the most effective preventative methods is the use of the synthetic insecticide, Permethrin. Permethrin is an extremely strong bug repellent that can come in the form of a spray or cream, and may already be included in some outdoor gear.

Other prevention techniques involve barrier systems and include wearing long sleeve shirts and long pants, staying away from places known to be inhabited by the Aedes mosquito, and sleeping under a mosquito net or keeping screens behind all doors and windows.

Recent cases of the virus have been reported in the U.S., Denmark, Britain, Germany, Portugal and Finland. The individuals who acquired the virus are from the states of Minnesota, Texas, Florida, Illinois and Hawaii, although all the cases in the U.S. have not been contracted on U.S. soil, but from traveling overseas.

Lana Whittleton ’18, recently traveled to Ecuador on a service trip with Builders Beyond Borders. “It was a little scary knowing that we were going to a place with a lot of mosquitos but I knew that the bug spray and permethrin would do a great job of preventing us from getting bug bites.”

Morgan Rizy ’18, was a little less worried about the virus. “The Zika virus is not a concern of mine because B3 takes multiple precautions to protect the students as well as the rarity that we will get it in the community,” Rizy said.

With summer approaching, there has been talk of the virus getting in the way of the students’ travels and vacation. Avery Mendillo ’18, doesn’t think it will. “I think the whole thing is under control. I wouldn’t change my plans around it,” Mendillo said.
Even though the virus may not present too great a threat to the students on the B3 trip or seriously impact anyone’s vacation plans, health organizations recommend taking certain common sense precautions, including the use of Permethrin, bug spray, mosquito nets and appropriate clothing.