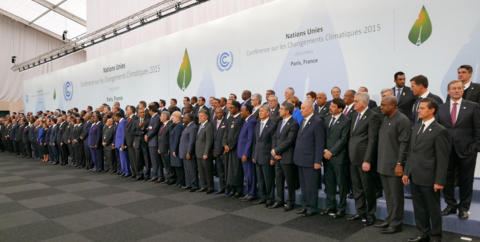 2015 was a remarkable year for movies, music, books, human rights and the earth.

The planet just got a huge amount of attention with the 2015 United Nations Climate Change Conference (COP21) held in Paris, ending on Dec. 12 with the Paris Agreement. While the plan was adopted, it isn’t planned to be signed until April 2016 in New York City.

Over 190 representatives from almost every country were present. They all agreed that climate change was a threat to the planet, and the goal outlined in the agreement is to limit the overalls temperature to a two degrees Celsius change. Many people are conflicted whether the agreement is a huge change, or not enough.

“I think the COP21 Paris Agreement is a critically important step in the right direction,” Charlie Colasurdo ’18 says. Colasurdo is a regular volunteer at Wakeman Town Farm, and stressed the importance of the Agreement in being the first global initiative to take on the way we take on “the realities of human-induced climate change.” He hopes the agreement will shift the way we go about managing our energy, agriculture and economic systems.

Many agree with Colasurdo. But some, like Chloe Palumbo ’19 are more skeptical. “The Paris Climate Conference has good intentions to reduce climate change,” she admits. Yet, Palumbo also believes that, “There is simply not enough financial support. The desired change is unrealistic.”

Palumbo is not alone in not being fully on board. Kayla Bilotti ’18 has some hesitations as well. “I do not expect much out of the conference since several attempts at aiding the environment have been proposed and failed,” Bilotti said. She sees financial ambiguity as the major problem as well. “A global carbon tax would be ideal,” Bilotti says.
As of now the tax that would be on CO2 from fossil fuels was discussed but nothing was done. The way Palumbo sees it, “All nations must commit financially if they want to achieve climate change reduction.”