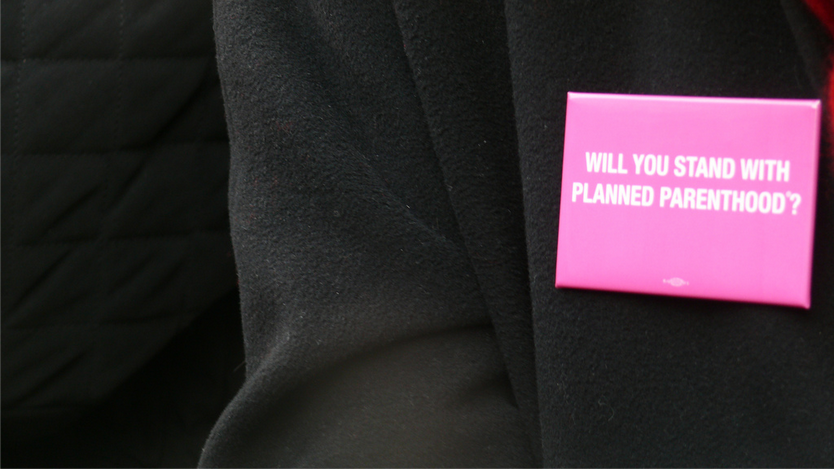 In the second Republican debate, presidential candidate Carly Fiorina described a graphic video about Planned Parenthood (PP), saying that the women’s healthcare organization should no longer be funded by taxpayer dollars.  While PP is a non-profit organization that provides healthcare to women, a small percentage of which includes abortion, it receives grants from the government much like many other non-profit organizations.

At a subsequent Congressional hearing on Sept. 29, 2015, Rep. Jason Chaffetz, who is now running to replace Speaker of the House John Boehner, angrily questioned the head of PP, Cecile Richards, in an attempt to obtain public support for defunding PP.  Though Chaffetz and his colleagues threatened to shut down the government if PP was not defunded, outgoing Speaker Boehner pushed through the legislation to keep the government running, leaving aside the question of PP.

Despite Boehner’s success at withstanding a shutdown, the debate continues to be controversial among Staples students as the 2016 Presidential Election quickly approaches and political awareness heightens.

Carolynn Van Arsdale ’16 fully supports PP and its intentions, saying that the care it provides to both men and women are a worthwhile use of federal spending. “I think Planned Parenthood is an amazing use of our federal expenses,” she said. “Defunding Planned Parenthood would only result in chaos for those who are in desperate need of the services it provides.”

In addition to abortions, a service that is very controversial and rarely used, (abortions make up about 3 percent of PP’s services, according to its website) PP also funds cancer screenings and prevention services, contraception and STD/STI testing and treatment.  However, many people opposed to abortion for religious purposes have become opposed to the idea of the government funding PP.

James Allott ’17, a member of the Staples Young Republicans club, noted the religious issues behind Planned Parenthood’s funding.  “I think that it should not be funded [by the government] so long as it continues to perform abortions.” Allott noted that he himself is not anti-abortion, but believes the religious affiliation abortions have can be highly controversial.  “It doesn’t seem fair to around a third of the country who are religiously against abortion that their tax dollars pay for something that goes against their religion.”

While Allott and Van Arsdale’s views are politically opposite, many Staples students choose to identify somewhere around the middle, acknowledging that the controversy’s complexity makes it difficult to have a firm stance.

“I think each stance has its own valid reasoning,” Kellie Iannacone ’17 said. “If one’s religious affiliation believed that an unborn fetus is alive, then of course they wouldn’t believe in abortions. While this is a difficult topic, I think it’s a really important one for Staples students to think about as its importance is tremendous in the upcoming election.”