Users to take a bite into Apple’s new devices 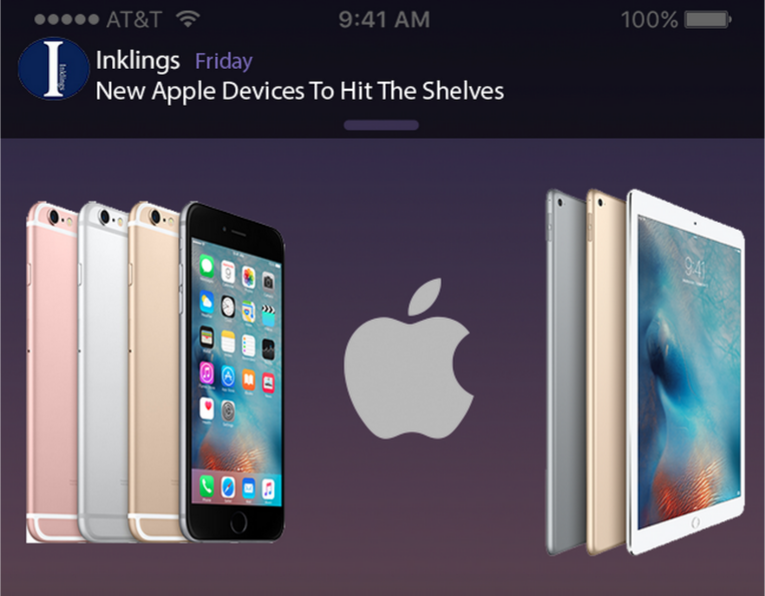 The Bill Graham Auditorium, one of the most famous venues in San Francisco, wasn’t hosting The Who or the Grateful Dead on Sept. 9. Instead, thousands packed into the historic, circa 1912 auditorium to watch Tim Cook and his team unveil a multitude of new products.

The iPhone 6S and 6S Plus are set to be released on Friday. The devices have the same screen size as their predecessors, the 6 and 6 Plus, but are packed with new features.

The new Force Touch Display, a first of its kind on a mobile device, “senses how deeply you press the display, letting you do all kinds of essential things more quickly and simply,” Apple explained on its website. This feature lets users access special menus from their home screen by pressing “lightly” on the buttons, while giving users tactile feedback thanks to Apple’s Tactic Feedback Engine. Other features of the new iPhone include an updated 12MP 4K video camera, a new A9 processing chip and Rose Gold color.

Joey Bairaktaris ’16 is planning on selling his current 6 Plus and upgrading to the 6S Plus. “I’m on my third iPhone 6 Plus in six months, and it’s annoying, spending almost $100 on gas [driving] back and forth to Stamford three times in one week,” Bairaktaris explained. “I’m hoping that the 6S Plus with it’s new features will get rid of all the bugs.”

Apple CEO Tim Cook and his team also took to the stage to announce the iPad Pro, the largest iPad yet, with a screen size of 12.9 inches.  Apple wants to show consumers that a tablet is a suitable replacement for a laptop.

With the BYOD policy in effect at Staples, this iPad has the potential to be a common sight around school, due to a screen that now rivals many computers and a processor to match. Jacob Bonn ’18  believes that the iPad Pro “would work well within the guidelines of BYOD even though it isn’t an official computer.”

However, other students still see some setbacks.  “I feel like it’s a sacrifice in functionality for practicality. If it’s just for notes it’ll work great, but to do other tasks it’s less than ideal,” Jimmy Kavetas ’16 said.

The limited functionality that Kavetas referenced is the fault of the iPad’s software, iOS 9. Unlike its biggest competitor, Microsoft’s Surface Pro, which runs a full version of Windows with the ability to download full versions of software, the limited software capability on the iPad only allows you to download apps from Apple’s App Store. Consumers will just have to wait until November to try the new tablet out for themselves.

As a companion product Apple unveiled the Apple Pencil, a stylus for the iPad. The 100 dollar Apple Pencil is complete with many sensors the help the pencil’s accuracy.  Apple hopes that it will feel like writing with a pencil. The product is aimed at many people like doctors, musicians, architects and especially artists. Students in Carla Eichler’s animation class use Bamboo Tablets, a device Apple Pencil is anticipated to compete with, in order to use pens to draw with programs such as Photoshop.

Kevin Greer ’19 sees the potential of the Apple pencil for an animator. “I feel like it would be [beneficial] because you have a better feel for your art.”

Despite some of the setbacks, these new Apple devices will ultimately begin to fill the hallways at Staples as early as next week, continuing to provide students constant access to their digital world.