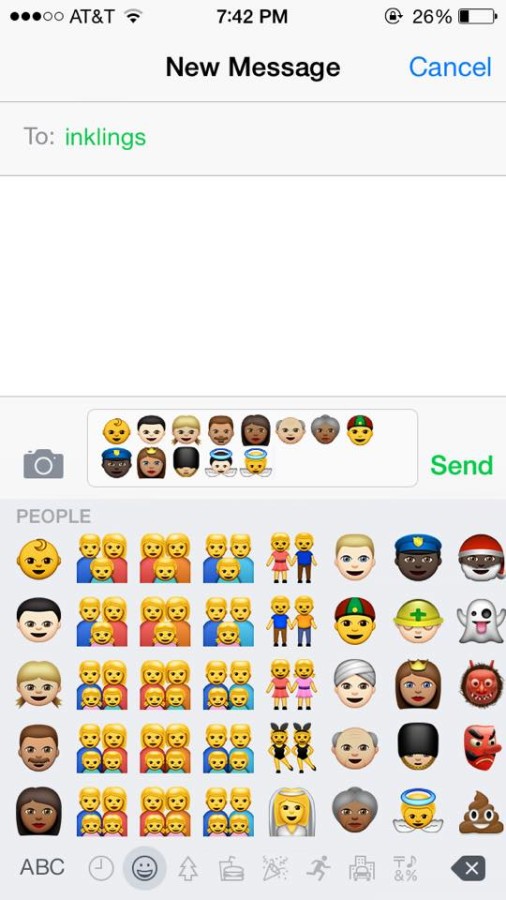 Yesterday, April 8, Apple revealed its third iOS update, which unleashed a plethora of new emoticons focused on increasing the diversity of the people emojis.

The un-updated emoji keyboard had very little diversity, including only a few different racial emojis, like the Asian and Muslim men.

The addition of the 300 new emojis has become a high topic of conversation among avid emoji users at Staples.

“I really like them, and I’m glad that Apple came out with the new emojis because it’s time that they created some that represented all different families and races,” Laine Crowder ’15 said. “I think it shows that Apple really supports everyone, and they are really aware of all different family dynamics.”

Although Crowder represents a very positive reaction to the improved keyboard, other Staples students disagree with the message that Apple is trying to convey through this update.

“I don’t think that all of the new racial emojis are necessary to have,” Mira Patel ’16 said. “I just think one emoji is sufficient in representing an expression or emotion. The skin color doesn’t really matter.”

Regardless of the opinion, the new emoticons are here to stay.

“I do think having other races is important,” Johnny Donovan ’17 recognized, yet he still grappled with one notion. “But they need to make them better looking.”