Super foods cause rave in Westport 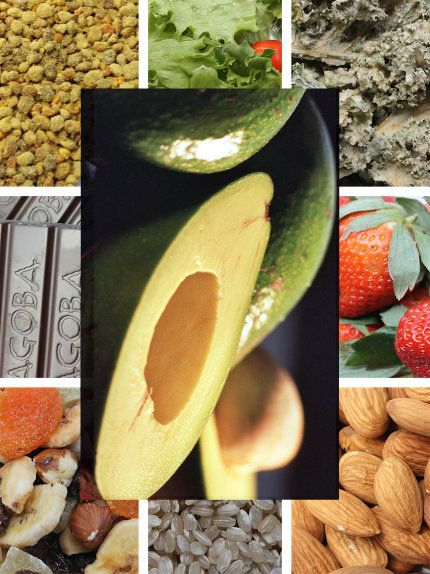 Step aside kale and move over quinoa because this year’s super foods are coming in strong in greater and stranger proportions.

A super food, as defined by Health.com, is a “nutrient powerhouse that packs a large dose of antioxidants, polyphenols, vitamins, and minerals.” In simpler terms, “super” foods are the best foods for you, and every year health organizations declare a few foods as being more healthy than the rest.

Super foods of past years include acai berries, kale, quinoa and avocado. This year’s choices, however, are much more eclectic.

Bee pollen is one of the many nutrient powerhouses that were chosen to be recognized in 2015. According to Vladia Cobrdova, group general manager and wellness ambassador for health food store About Life, bee pollen “is nature’s most complete and nutritious food.” Bee pollen is jammed pack with antioxidants, amino acids and fatty acids that make it extra super for our bodies to digest.

Bone broth, another unusual dish, is also being recognized as a superfood of 2015. According to Cobrdova, bone broth is “highly nutritious and great for gut health.”

While some might be deterred by the notion of making a dish out of something called “bone broth” or pouring bee pollen over their cereal, some truly healthy and adventurous Staples students are willing to take the risk in the name of nutrition.

“I would definitely give unfamiliar foods a shot even if I didn’t necessarily like the taste,” Colby Kranz ’15, a devout vegan said. “Sometimes eating foods that don’t necessarily taste as good are the best for you, and you have to make sure your body gets those nutrients.”

Others who are less willing to try such unusual foods will find solace in the fact that there are plenty of more common foods also being recognized as super foods this year.

Dark chocolate, according to Best Health Magazine, has “endless health benefits,” including rich antioxidants that fight diabetes and UV damage. Black rice, another delicious delectable, is also being recognized for its high volume of antioxidants and anthocyanins.

“I will definitely eat dark chocolate, but bee pollen sounds like a stretch for me,” Everett Sussman ’15, a health-conscious students who follows a gluten-free diet, said. “I would be willing to try black rice, especially with some chicken tikka masala.”

Although some of Staples’ most health-conscious student include super foods into their daily diets, there are many other ways students can maintain healthy lifestyles.

“What’s really important is to remember that everything should be eaten in moderation,” Reni Forer ’15 said.  “Every category of macronutrients should be included in your diet.”