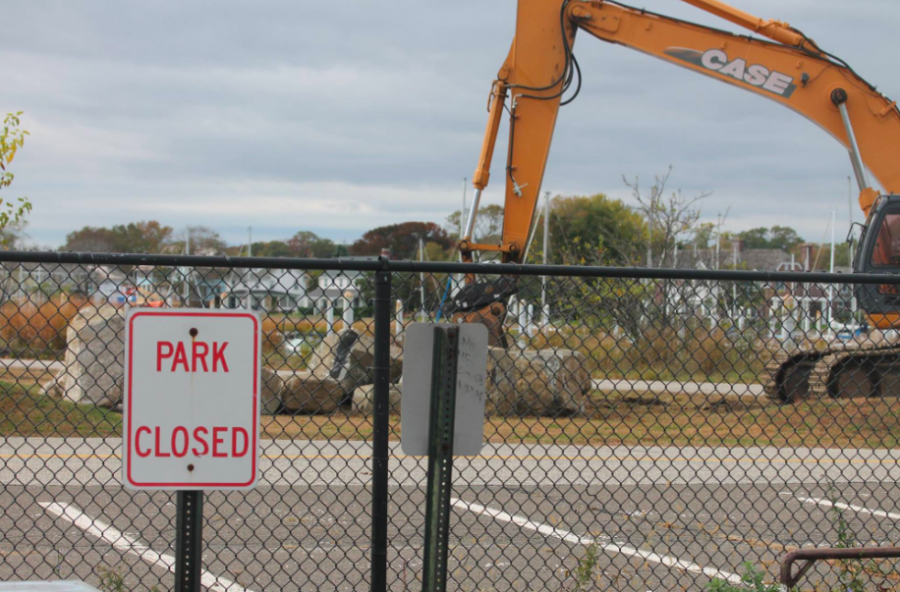 At a Sept. 19 Westport  town hall meeting, hundreds of Westport residents flooded the room with opposition to the Parks and Recreation committee’s plan to re-arrange the Compo Beach parking lot.

The plan is meant to improve the flow of traffic, increase parking lot safety by creating pedestrian walkways and boardwalks and add to the overall infrastructure with the addition of new restrooms and concessions. The cost of the renovation is expected to exceed $10 million, $2 million of which will only cover the cost of paving.

While the proposed plan seems beneficial to one of Westport’s most prized locations, there are some unforseen consequences to the renovation, one of these being the teardown of the Compo skate park.

Removing the skate park would eliminate beachside parking, relocating it to the back of the parking lot, creating room for an eight-foot-wide pedestrian walkway.

Cole Crawford ’15, who has been skating and working at the park for over four years, said, “Taking down the park not only prevents current skaters from enjoying their passion, but it also prevents opportunities for others to learn how to skate.”

He went on to describe the camp at the skate park, which has “introduced thousands of kids to skateboarding.”

According to Crawford, the demolition of the skate park would lead to kids skating downtown and in the streets, which is an obvious safety hazard. He believes that this would lead to a major decline in kids who skate in Westport, which he calls “a shame.”

Along with multiple other community members including James Bowles ’18, Crawford has created a petition to save the skate park.  Already, he has gathered around 500 signatures, and the petition can be found in various local businesses like Village Bagels.

Despite the heated opposition to the park being removed, there are some practical reasons.

Currently, pedestrians must cross the parking lot, which is heavily populated with moving cars­ – a safety hazard to the thousands of young children who frequently visit Compo’s sandy shore.

However, this change would create a longer walk to the sand from the parking lot. According to Westport Now, the walk would be an estimated 120 feet for young children and elderly in order to reach the sandy beach.

Peter Kolbrener, a long time Westport resident, understands the need for change at the Compo Beach parking lot. “I have seen a lot of kids run in front of cars [at the beach]. It’s only a matter of time before there is an accident,” he said. Kolbrener understands the backlash from the skating community, but firmly believes that added safety precautions will be a much needed improvement to the beach.

A summary of the plan, frequent reports of its progress, and even an area for viewer input can be found at
compobeach2.com.