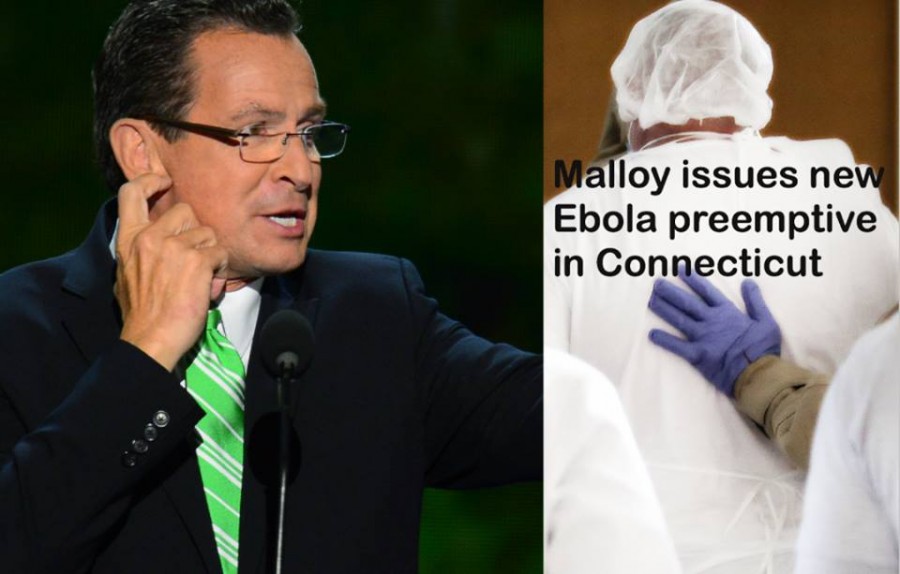 On Oct. 8, Gov. Dannel Malloy introduced an Ebola preemptive, granting public health officials the authority to quarantine any suspected persons infected with, exposed to, or showing symptoms of the Ebola virus.

Since Thomas Eric Duncan’s account of Ebola, in Dallas, Texas, hospitals and health officers around the United States have been working day and night to prepare for any new identifications of the disease, in order to prevent them. Needless to say, the same precautions are being taken in Connecticut; however, this preventive, specifically, seems to be helping students feel more protected.

“The new initiative definitely makes me feel safe because the last thing our town wants is for one person to be responsible for spreading the disease,” Reneé Reiner ’15 said.

Middle-east teacher Cathy Schager has been educating students on the Ebola virus throughout the week. She feels very strongly about the precautions being taken on the disease, not only in CT.

“I think the quarantine makes perfect sense and expect it to be happening nationwide,” Schager said, “Frankly, I’m surprised the federal government didn’t put this in place months ago. The global delayed response to this crisis is utterly shocking and irresponsible on many levels. It was a huge relief to see the UN finally getting involved late last month.”

Jonathan Maragos ’16 reflects upon Schager’s class discussions, which made him realize we should all be more educated about the situation.

“Before I went to Middle East class today, I didn’t think Ebola was really a big deal. I didn’t know much about it besides it was a viral infection and it wasn’t airborne,” said Maragos.

He is not the only Staples students who felt this way. Sloane Cooper ’15, also enrolled in Middle-east, seems to be have the realization that it is almost as frightening that students outside the class are learning nothing about the wide-sweeping virus, than the actual virus itself.

Cooper urges that, “everyone should take time to research this issue so they understand what is going on around the world and in our country.”

Education about the preemptive has made Staples students feel more informed and secure about their safety, and the decisions being made about it.

“After the talk with Ms. Schager I realized how deadly the virus was. I didn’t know you could transmit it through sweat. She made us realize how uneducated everyone in America was,” Maragos said.