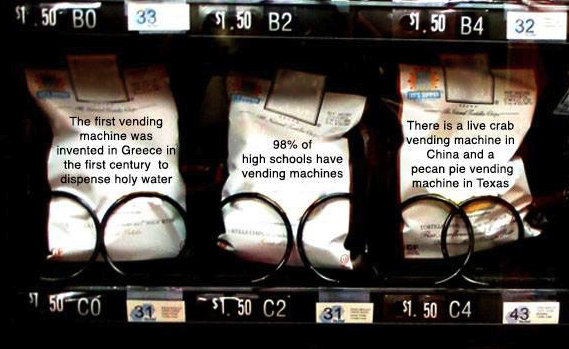 Tucked away in the back corner of the cafeteria and the hallway leading into the field house are three vending machines often neglected by the Staples student body.

Despite many students’ beliefs, all three vending machines are functioning.

“I don’t use them because they’re broken 75 percent of the time,” Minahil Salam ’16 said. “I bought chips once like three weeks ago before practice, and I was really surprised that it worked.”

For the students who are aware that the vending machines are functioning, the location of them turns many away. They are located in the cafeteria just steps away from a wider selection of snacks hooked up to prepaid accounts.

“I just get food from the caf,” Liza Barlow ’16 said, defending her choice not to use the vending machines.

The vending machines are always stocked. According to Frank Rupp, the director of Dining Services for Westport Public Schools, there is no set schedule for restocking the vending machines; they are filled as needed.

Even with the consistent availability of snacks, students continue to disregard the vending machines in both the cafeteria and field house because of convenience, as they are out of the way of most students’ routes to class.

“I would use them if they had better stuff in them and if they were centralized in the school rather than the freshman ghetto,” Max Wimer ’15 said.

Despite their twenty-four hour availability, between the lack of variety, inconvenient location, and the belief that they are always broken, students continue to be reluctant to use the vending machines.