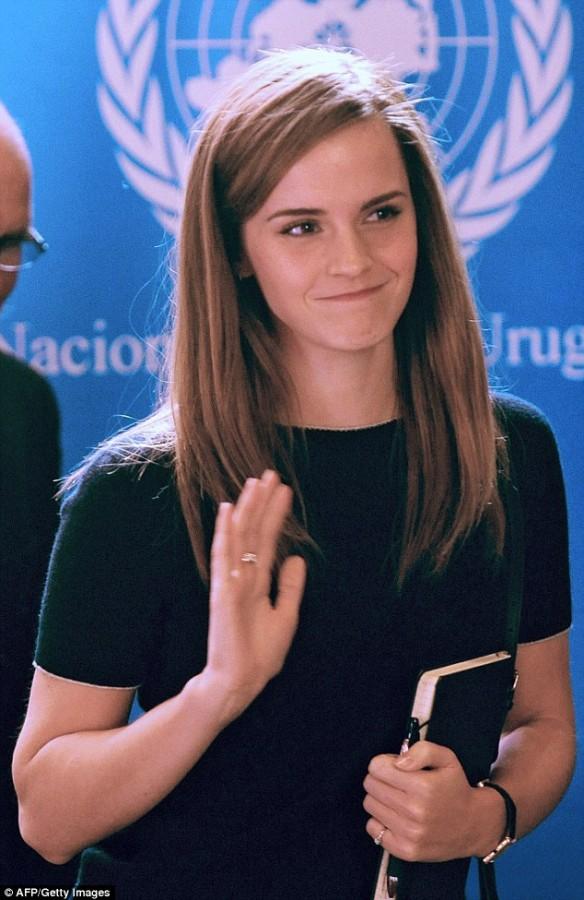 In her recent speech at the United Nations on Sept. 27, Emma Watson called for men and women to come together and abolish gender inequality.

Earlier this summer, fresh out of graduating from Brown University, Watson was named a U.N. Women Goodwill Ambassador. In her speech, Watson announced the formation of the “HeForShe” campaign, targeted at men to come together and fight for gender equality. Not only does her speech call for assistance from male allies, but it helped to abolish the negative stereotypes surrounding feminism.

“The more I have spoken about feminism, the more I have realized that fighting for women’s rights has too often become synonymous with man-hating. If there is one thing I know for certain, it is that this has to stop,” Watson disclosed.

As the feminist movement starts to grow and become more popular among both women and men alike, students at Staples feel more empowered to speak out about equal rights.

“It is great that [Watson], being a role model to so many young girls and fans, can establish herself as a feminist. ‘Feminism’ has long been a word to describe bitter and misandrist women. Watson recognizes in her speech that this is far from the true definition of the term, and it is time to abolish the paradigm that ‘feminist’ is a synonym for ‘man-hater,’” Maddie Jones ’17 says.

In a recent interview, Shailene Woodley, role model to many young women and star of “The Fault In Our Stars,” stated that she “isn’t a feminist” because she “loves men,”  and thinks “the idea of ‘raise women to power, take the men away from the power’ is never going to work out because you need balance.”

Watson however, declared in her speech that “by definition, feminism is the “advocacy of women’s rights on the grounds of political, social, and economic equality to men.”

“Women’s rights are often swept under the rug because we are generally thought of as equal nowadays. We are still not 100 percent  equal and I think [Watson] is really bringing positive attention to these issues, so that something could finally change,” Jojo Adler ‘15, a member of the Circle of Women club at Staples, says.