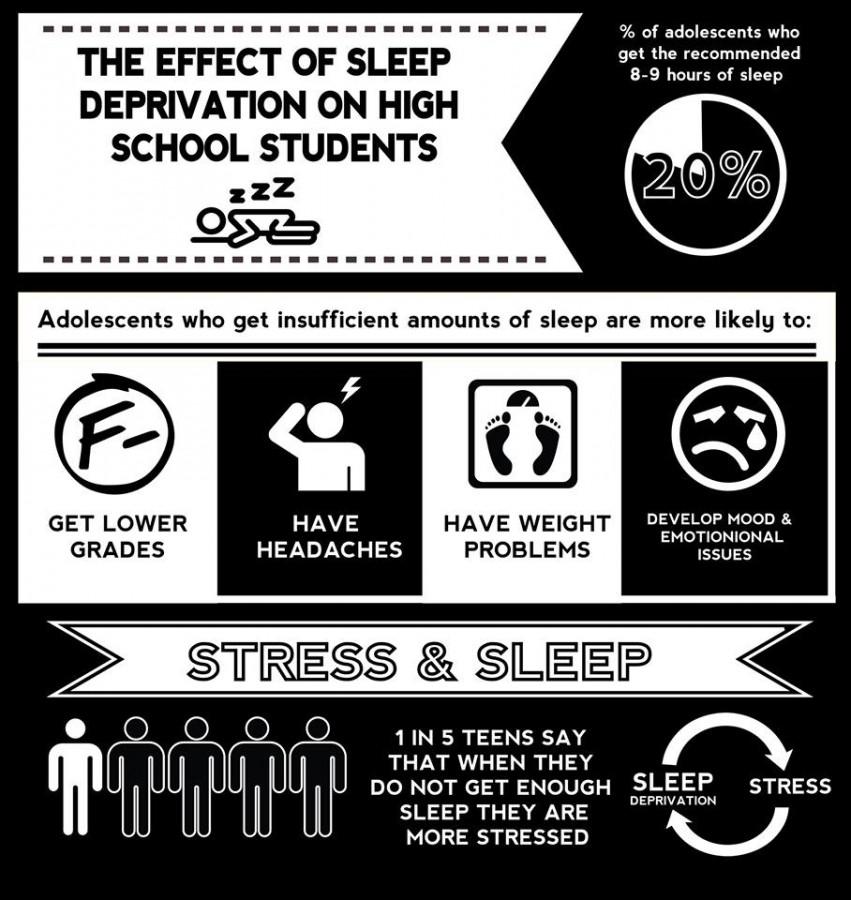 If you’ve never given in to the temptation of catching a few minutes of rest in the back of a dim classroom first period, you probably drink too much caffeine. According to the Center for Advancing Health, only 8 percent of high schoolers get enough sleep on the average school night.

The Board of Education’s decision to change the start times, including purchasing four new buses to do so, was made to improve reliability of transportation and give all schools access to before and after school programs. “[The change in start times] resolved the lack of parity across the elementary and middle schools in terms of access to before school programs, before school extra help and after school activities,” Board of Ed member Elaine Whitney said.

However, the new start times sparked an entirely different debate about students’ sleep at Staples.

“For some families the additional 15 minutes makes getting out the door a little easier,” Coleytown Middle School Principal Kris Szabo observed of the new start time at CMS.

Many Staples students would like this same privilege. “We go to bed so late because of homework that I think we could all use the extra sleep time,” Julia Kaplowitz ’16 said.

Some students who agree with Kaplowitz do not think the change needs to be drastic. “I believe that even starting fifteen minutes to half an hour later would make a difference for a lot of people at Staples,” Adele Carter ’16 said.

However, many students see the disadvantages of a later start time. If school were to start later it would also end later. That means, for some students, a later start time wouldn’t provide more sleep, it would just move their schedules later.

“I don’t think that school should start any later than 7:30 because that would lead to school running later into the afternoon, leaving less time for sports, homework or other extra curricular activities,” Rachel Yules ’16 said.

“I would rather start early than get home later and have to stay up even later doing homework,” Jojo Adler ’16 said.

It seems that Staples students are not the only ones debating this topic.

A recent New York Times article, “How Students Can Get More Sleep,” argues that teenagers cannot fall asleep early and, therefore, should not start school before 8:30 a.m. “Due to the delayed release of melatonin in the adolescent brain and a lack of ‘sleep drive’ in response to fatigue, teens do not feel sleepy until much later at night than young children or adults and have difficulty falling asleep, even when they are tired,” New York Times reporter Anna North wrote.

According to North, a change in start time is necessary for high schools like Staples.