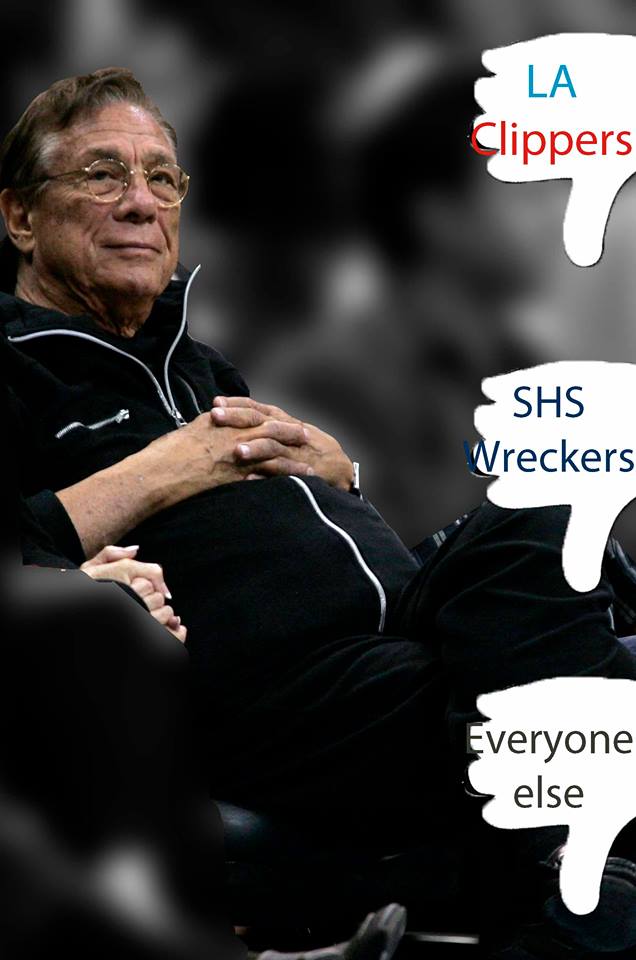 After Clippers owner Donald Sterling was caught in a TMZ leaked tape making racist comments about minorities this past Friday, the entire NBA community reacted strongly. At the game following these comments, the Clippers staged a silent protest by turning their warm-up jerseys inside out so that the logo could not be seen.

However, not only did the NBA reacted strongly to these opinions; Staples students were affected by it as well.

“It’s just embarrassing to see something like that happen in the NBA,” Ben Popkin ’16 said.

Yet the impact of these comments goes deeper than just the sports world or one singular race, it offends all types of people. This anonymous student feels strongly about the topic.

“As a member of the Hispanic culture, Donald Sterling’s statements and ignorance are extremely offensive to me and my culture.”

Adam Silver, the newly appointed NBA Commissioner, agreed, issuing a profound and powerful statement that maximized his capabilities as a commissioner.

“Accordingly, effective immediately, I am banning Donald Sterling for life from any association with the Clippers association or the NBA…I am also fining Mr. Sterling 2.5 million dollars, the maximum amount allowed under the NBA constitution,” he announced last Tuesday.

Directly after the statement, there was a flooding of positive reactions from both the sports world and the Staples community.

However, despite his ban from the NBA, a three-fourths vote of the full Board of Governors (one representative from each of the 30 teams) is required to officially terminate Sterling’s ownership.

Silver’s decision made his position clear – he has no tolerance for repulsive behavior and commentary in the NBA.  His actions are a marking point for both the sports world and the country in the fight against racism.

Staples head soccer coach Dan Woog commends the values that Silver expressed. “I was very impressed with the NBA commissioner’s swift and very strong response. It has set a standard for all sports organizations to follow.”