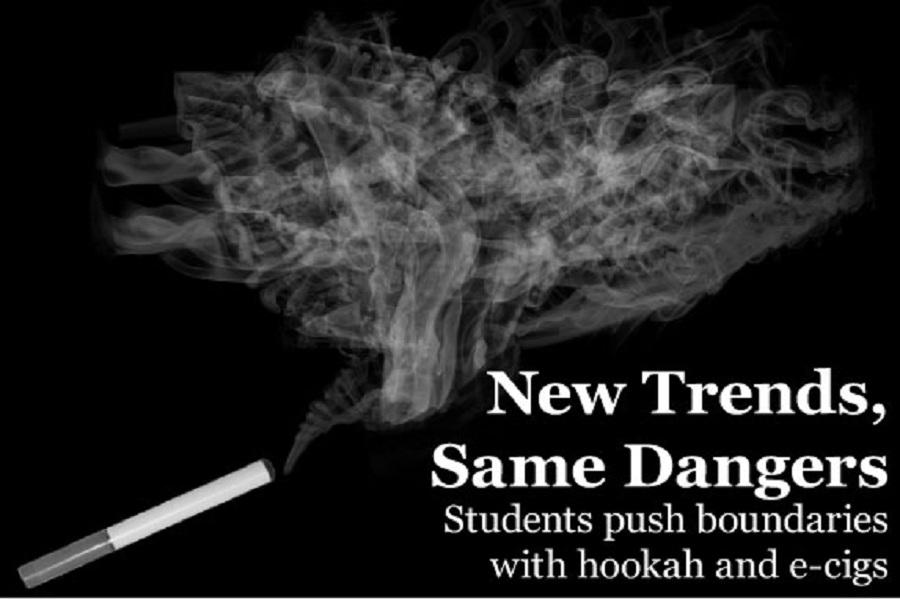 On any given Thursday night, Euphoria Hookah Lounge in Fairfield, Conn., is abuzz with the chatter of happy, young people, the melodies of live music, the tapping of feet dancing across the ground. It’s not where you would have found the typical high school student 10 years ago, but today, hookah bars are becoming a trendy scene for Staples students.

A hookah pipe is a long, flexible tube that draws smoke through water from a bowl. The main ingredient, usually tobacco or cannabis, is heated in the top of the hookah, and the water filters the smoke at the base. This product, which is usually flavored, is becoming increasingly popular among Westport teens. Hookah bars won’t serve teens under the age of 18.

Brooke Berlin ’14, who knows Staples students who smoke hookah or cigarettes regularly, mentions that she thinks teens are even more likely to use hookah pens, a similar product which can be purchased at gas stations or other vendors and used at home, versus actually going out to a hookah bar.

“They are fun flavors and easy to buy at gas stations,” Berlin said, noting that hookah pens are often used more for the social aspects of the experience than for the way that they make the user feel. She also feels that this is true for students smoking cigarettes.

“I have definitely noticed that the kids smoking cigarettes are doing it socially,” Berlin said. “A lot of kids will have a ‘drunk boge,’ meaning they are only doing it at parties or if they are already under the influence.”

Unlike marijuana or alcohol, which have mind-altering qualities, hookah doesn’t have the same effects. “I like hookah just to do fun tricks with the smoke,” an anonymous Staples senior and hookah user said.

Pedro Da Silva ’16, who claims to know many hookah users, says that the lack of a high leads users to feel it is safe. “The people I know who have tried it said that it doesn’t get you high like weed. So, again, they assume it’s much safer,” Da Silva said.

According to the Mayo Clinic, “The tobacco is no less toxic in a hookah pipe, and the water in the hookah does not filter out the toxic ingredients in the tobacco smoke.”

Da Silva said that the false sense of safety associated with hookah also applies to e-cigs, a popular alternative to cigarettes.

“I think that e-cigs are becoming much more popular [than cigarettes],”Berlin said.

“They are more appealing to kids because you can have different flavors, and they ‘aren’t bad for you,’ though I don’t know the actual health differences between e-cigs and real cigs.”

However, the lack of a high, which give some students a false sense of security, is the same thing that seems to make it boring for others.

“The experience wasn’t too crazy. Gives you a sense of what smoking might be like, but definitely not something to do often or all the time,” said an anonymous junior, who says he and people he knows have tried hookah and e-cigs. “It really just lets you play around with water vapor and people find it fun.”

Another anonymous junior agrees. “I’ve smoked hookah before, and it was fun but nothing that would make me wanna do it again,” he said.

“It’s not worth the money or the effort.”

According to WebMD, e-cigs may be slightly less dangerous than regular cigarettes, as the most harmful aspect of smoking nicotine is the smoke, and e-cigs do not burn. However, they still present health risks, including that they are addictive and not regulated by the FDA.

“It could be considered somewhat of a gateway,given that it’s a step down from actual smoking, but could definitely lead to someone trying it,” the first anonymous junior said. “That’s if you believe that smoking in general is a gateway; hookahs and e-cigs in a sense are a gateway to a gateway.”