Board of Education discusses solar energy 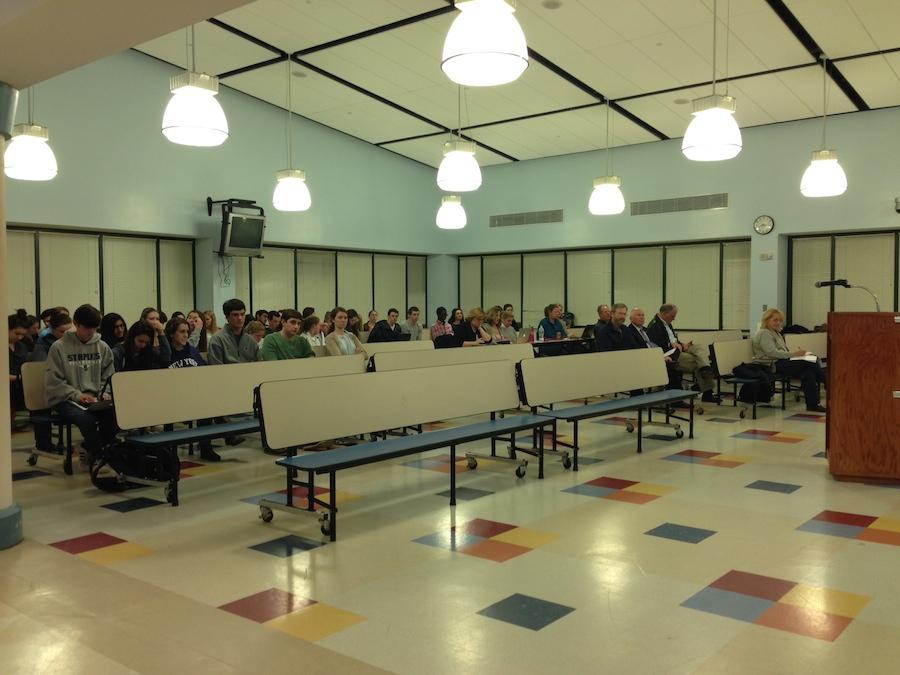 AP environmental students filled the back of the audience to show their support for the solar photovoltaic system proposal.

On a rainy Monday night, April 7, the Staples cafeteria quickly filled up with concerned AP environmental students for the Board of Education (BOE) meeting. The major topics that were covered included the Green Task Force Committee’s proposal for solar panel installations at school buildings and the appointment of the Health and Medical Insurance Consultant.

Green Task Force Committee Chair David Mann, along with four other committee members, presented a powerpoint explaining a plan to install solar panels at school buildings. Mann said that it would take three to four months to complete the installation.

The benefits of the solar panels include “an immediate increase in savings, [an accumulative of] $2.1 million savings over the next 20 years, managing utility price volatility and achieving Westport’s sustainability commitments,” said Mann.

Superintendent Elliott Landon questioned the sustainability of the third party that will own and maintain the solar photovoltaic system for the 20 year contract period. Landon raised concerned about the risk of bankruptcy.

Landon justified that despite the increase in price, Lockton had the most benefits and services. We got referrals “and we were very satisfied with the results,” said Landon.

This proposal passed unanimously, making Lockton the new insurance consultant from May 1, 2014 to Aug. 31, 2017.

At the BOE’s next meeting on April 28th, they will make a decision about the solar panel proposal.