Staples holds out on CAPT 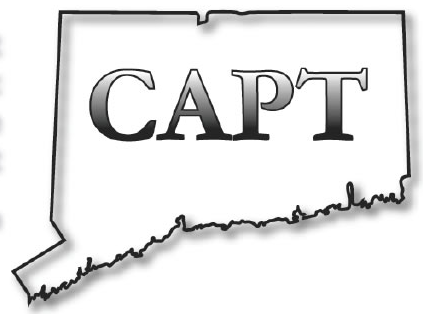 This March, while freshman, juniors, and seniors were sleeping in, Staples sophomores were busy writing letters, correcting grammatical errors, and bubbling in scantrons as part of the Connecticut Assessment Performance Test (CAPT). According to a senior staff member of the Connecticut Association of Boards of Education, only 10 percent of Connecticut public schools opted to take CAPT this year. The other 90 percent chose to take the Smarter Balanced Assessment Consortium (SBAC), which will be mandatory next year.

Principal John Dodig has actively expressed his dissatisfaction with the implementation of SBAC by writing to the Commissioner of Education Stefan Pryor and Connecticut State Senators and meeting with local representatives. Westport Public Schools Superintendent Elliott Landon believes the rollout of SBAC will ultimately get postponed.

“Until such time as the state can demonstrate that SBAC is a valid and reliable test that reflects what it is supposed to test, I believe that the implementation should be, and will be, delayed,” he said.

English, social studies and math teachers recently took a sample version of the SBAC. English teacher Brian Tippy said the test was confusing because of the way the questions were asked as well as the technological aspect. In one section, answers were supposed to be typed into boxes in different places and one accidental swipe of the mouse could restart the test.

“If adults with masters degrees are completely stymied by the instructions then you’re going to wonder what juniors are going to do with it,” Tippy said.

Landon made the decision this year for elementary and middle school students to continue taking the Connecticut Mastery Test (CMT) and for high school students to take CAPT in part because CAPT would continue to provide data regarding the quality of Westport’s curriculum and programs. Those taking the SBAC this year will not receive their individual scores, but school districts will receive a general idea of where their school(s) falls. Students who took CAPT this year will be receiving their individual scores back; school districts will also receive data pinpointing the status of their school.

According to Dodig, the decision was also made in part due to a lack of knowledge regarding SBAC and insufficient time for Staples to prepare its students.

“I think it would be unconscionable for us to require you to take a test about which we know nothing and have not prepared you for,” Dodig said.

“I think it’s always good to get experience with or take a practice test before doing the real thing,” Stamford Superintendent Winifred Hamilton said. “That sort of prepares you for not being surprised but having an expectation of what it’s going to look like.”

Some Staples students agree that they would have liked to practice taking the new Smarter Balanced test.

“I definitely find it frustrating to have to learn how to take CAPT and then learn how to take Smarter Balanced next year,” Jenna Patterson ’16 said. “It just feels like a lot of work to prepare for both tests.” “It was sort of overwhelming and daunting how we would prepare for any and all of those changes,” Hamilton said.

Despite the confusion regarding the SBAC this year, some administrators are optimistic that the new test will be a better reflection of student performance than CAPT.

“Once the SBAC is adjusted to reflect validity and reliability, the SBAC should prove to be a better measure of the concepts incorporated into the Common Core,” Landon said.

Whitney is also optimistic that the SBAC will be improved for the 2014-15 school year when schools are scheduled to administer it.

“Any time there is a new test, there are going to be improvements made to it, so this is the opportunity to get the test right before it’s tied to any performance results,” she said. Pryor refused to respond to Inklings despite repeated efforts.