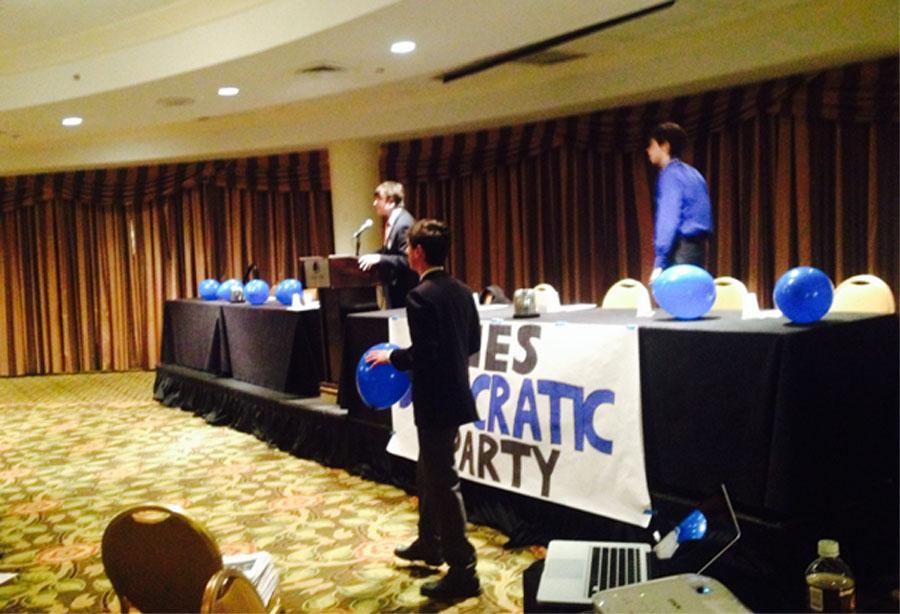 This past weekend, Feb. 7-9, was filled with heated debates, Senate and House hearings and battles over proposed bills as the Staples chapter of Junior State of America (JSA) headed off to Washington, D.C. to participate in one of their three major conventions, Winter Congress.

JSA is the largest student run organization in America, comprised of many high school chapters throughout the country. JSA offers politically driven students an outlet to voice their opinions through debate and discussion.

“JSA is a multifaceted organization that is both fun and intellectually stimulating,” Staples’ JSA chapter president Baxter Stein ’14 said.

Winter Congress, however, gives about 800 JSA students from the Northeast a chance to become politically active in a whole new way.

Prior to Winter Congress, students are able to create their own bills. Then, during the event,  students propose their legislation, essentially simulating the congressional experience.

“At Winter Congress, we meet in Houses and Senates,” Chief of Staff Katie Zhou ’14 said. “We debate each bill that comes to the table. If the bill passes in both, it becomes ‘law.’”

The goal is to get as many bills passed as possible, and this year, the Staples chapter passed the majority of its legislation.

“We passed five out of our seven bills,” Stein said. “This is very impressive considering that only 20 percent of all the bills got passed.”

Some of the proposed Staples bills included a bill to refund NASA and a bill to promote renewable energy across the country.

Though there were both rigor and legislative struggle in the intense debates, the students of JSA were able to participate in some fun activities on their trip, including a dance, a trip to the National Mall and a tour of the Capitol.

Despite JSA’s political association, it lacks the contentious nature that politicians face and create everyday, thus creating a safe and open environment for students to voice their true opinions.

“In JSA, there are opportunities to debate, moderate and just watch people speak,” Kayla Gitlin ’15 said. “While the organization is politically focused, there is also a large social aspect and people always seem to be very accepting, despite their political views.”