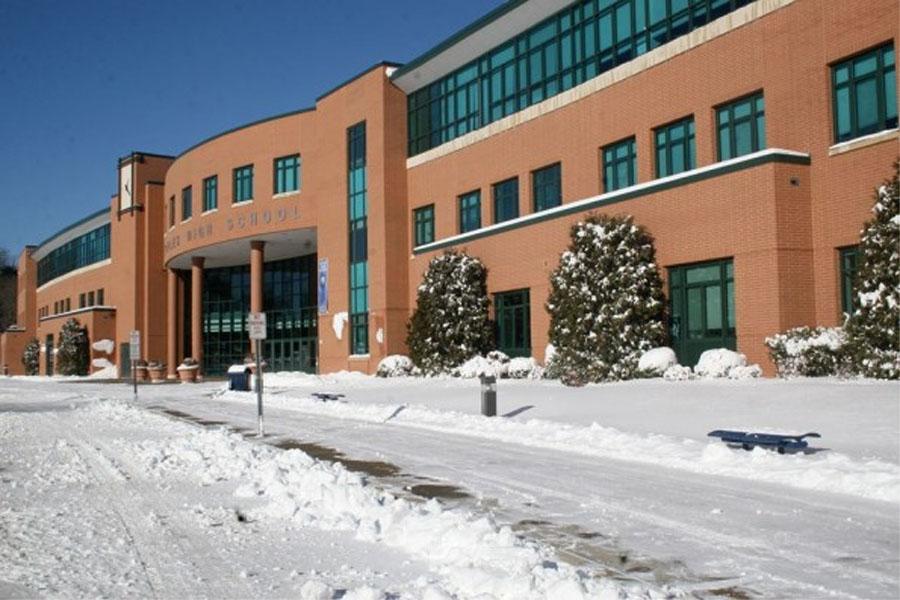 Mother Nature is at it again.
Yesterday, Westport schools were closed due to heavy snowfall. Tomorrow, an even greater amount of snow is predicted to blanket the town to create an accumulation of nearly a foot of snow on the ground.
According to Jacob Meisel ’13, a meteorologist for Southwestern Connecticut, reporting from Harvard University, there will be 3 to 7 inches of snowfall tomorrow.

Around school today, students and teachers forecasted what Superintendent Elliott Landon will decide to do with tomorrow’s school day.
“I think we will at least have a delayed opening,” English teacher, Megan Scheck said.
English teacher Elizabeth Humphrey Koperwhats said she’s hoping “if there is a delay, the phone call is early.” Koperwhats was referencing the late call Superintendent Elliott Landon made for Monday’s snow day.

Students are more convinced than teachers that tomorrow will be a snow day, not just a delay.

Confident he won’t be coming to school tomorrow, Will Haskell ’14 said despite his best intentions to get ahead on homework and study his lines for the upcoming school play Avenue Q, he knows he’ll just end up going to the diner with friends. “It’s a snow day staple.”

Pleased with Landon’s choice to call a snow day yesterday, Haskell said, “The only thing better than a three day weekend is a surprise three day weekend.” Adding another snow day this week will only make Haskell happier, he said.

Teachers are also planning how they will spend the wintery afternoon if they are not working.

Scheck is excited to build snowmen with her two-year-old tomorrow while Spanish teacher Priscilla Wentworth will use the day off to finally clean her house.
Only time will tell whether or not school will be called off tomorrow.

Shannon Cardoza ’15 advises other students to follow her safe approach to complete all their homework due tomorrow. “Everyone’s saying that we’ll have a snow day, but in my opinion I’m not gonna bank on it until I get that phone call tomorrow morning.”
Meisel’s latest post on his weather blog predicted a 95% chance there will be a snow day tomorrow.