Board of Education talks budget 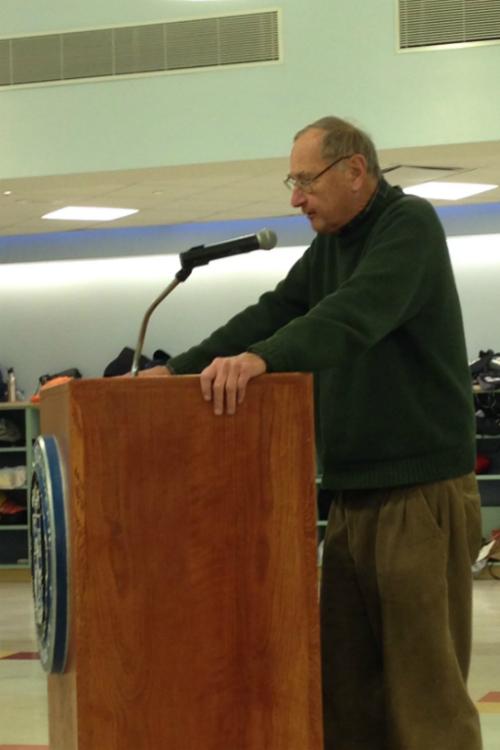 John Klinge, a member of the Representative Town Meeting, shares his opinion on the Health Insurance Fund Review Committee.

On Jan. 6 at 7:30 p.m. the Board of Education (BOE) meeting attracted parents and members of the Westport community due to the current deficit of approximately $2 million. The main topics of the night included an update and action plan for the 2013-14 budget and a proposal for the Superintendent’s 2014-15 budget.

Elaine Whitney, chair of the BOE, proposed that a five member Health Insurance Fund Review Committee, composed of three BOE members, one administrator and one community member should be created.

This committee would confirm the $2 million deficit, assess the cause, make recommendations and form a comprehensive report. Whitney added that they would have public posted meetings, structured as work meetings to enforce “input and feedback,” but would have the choice to incorporate public comment into their meetings.

John Klinge, a member of the Representative Town Meeting (RTM), argued that because the majority of this committee is comprised of the BOE, it would skew the input. Klinge noted that he is in favor of “having more external input opposed to internal.”

However the proposal passed with a unanimous vote. Whitney appointed BOE members Brett Aronow, Karen Kleine and Paul Block as well as Director of School Business Operations Elio Longo to the committee. The community member has yet to be appointed.

Following, Landon explained his proposal for his 2014-15 budget by addressing that there would be a 6.5% total increase. Health insurance in the budget represents 2.2% of this increase, or $750,000. Landon justified this addition by explaining that this will allow a “margin of safety that we haven’t had in the past.”

The next BOE meeting will take place this Friday at 8:30 am in the Westport Public Library.