Administration limits the number of bake sales clubs can hold 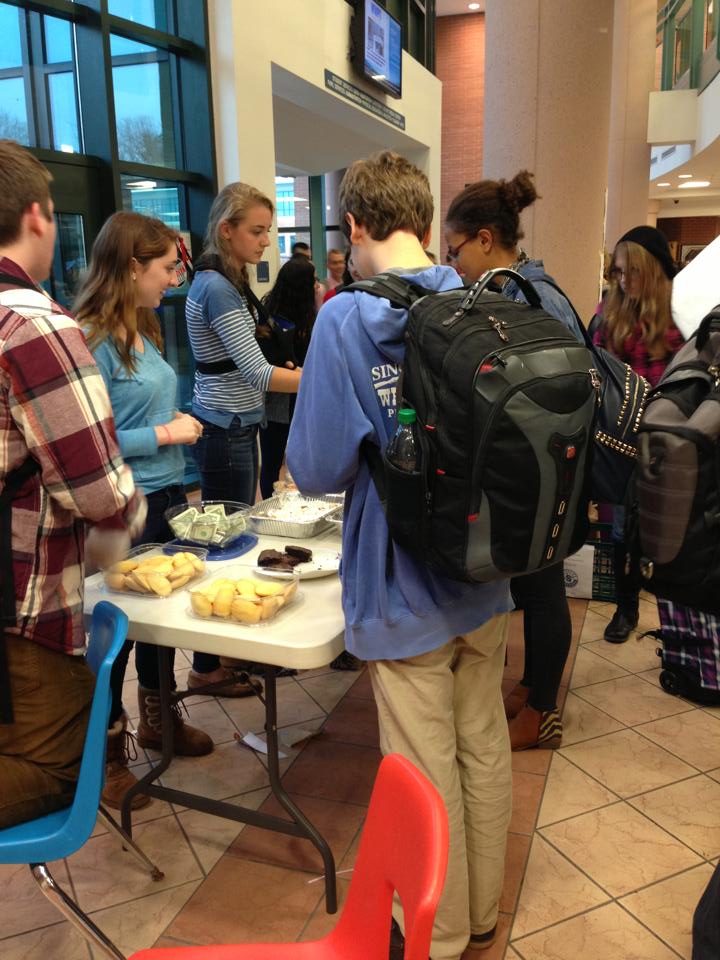 Staples students flock towards the bake sale table when the bell rings at 2:15

Every afternoon as Staples students flood the lobby, anxious to leave the confines of school and enter into a world of after school activities, television watching, and sports playing, their loud hysteria is met with the sweet smell of baked goods.

End of the day bake sales are one way in which clubs at Staples High School raise funds for their yearly activities. Whether it be the Shakespeare Club, Green Club, or Model UN, everyone takes part in the fundraising activities.

While in previous years, clubs have been able to sign up for as many bake sales as they would like, the administration is now enforcing a new rule by which clubs are prohibited from from signing up for more than two bake sales per year.

“This new rule will give all the clubs and activities at Staples a chance to have a bake sale,” Assistant Principal Richard Franzis said.  “There are more than 100 clubs and activities at Staples, and some clubs were signing up for more than two bake sales a month, which wasn’t fair to the other clubs who didn’t get a shot. Signing up for clubs used to be like shopping on Black Friday.”

Money from bake sales is extremely important to many clubs, and without this constant intake of money, clubs will have to think of new ways to finance their club’s activities.

Best Buddies club advisor, Patty McQuone, says that Best Buddies used to hold one bake sale per month in which anywhere from $175-$300 was made, making up about 40 percent of the club’s money,

“We are going to have to fundraise a lot more and a lot harder throughout the year,” McQuone said.

Many clubs are also afraid that they will have to start asking their club members to pay for activities.

“The debate team came up short of the $250 we need to attend Connecticut Debate Association tournaments and the extra $100 to expand into a different league,” Baxter Stein, president of the Debate Team, said. “We will be able to continue our activities, but it will require asking our members to pay taxes in order to compete for the first time in recent years.”

Many clubs, on the other hand, aren’t knowledgeable about the new rule and have even signed up for more than two bake sales this year.

Christopher McKinney, president of the Young Democrats club, said that the club has already had two bake sales this year and has signed up for two more in November and December.

Despite the many clubs that are unaware of this new rule, the bake sale calendar has changed drastically.

“I thought that this rule was fair until I looked at the bake sale sign up sheet and saw all these empty dates,” McQuone.

The “Black Friday” sign up sheet has become much more barren.