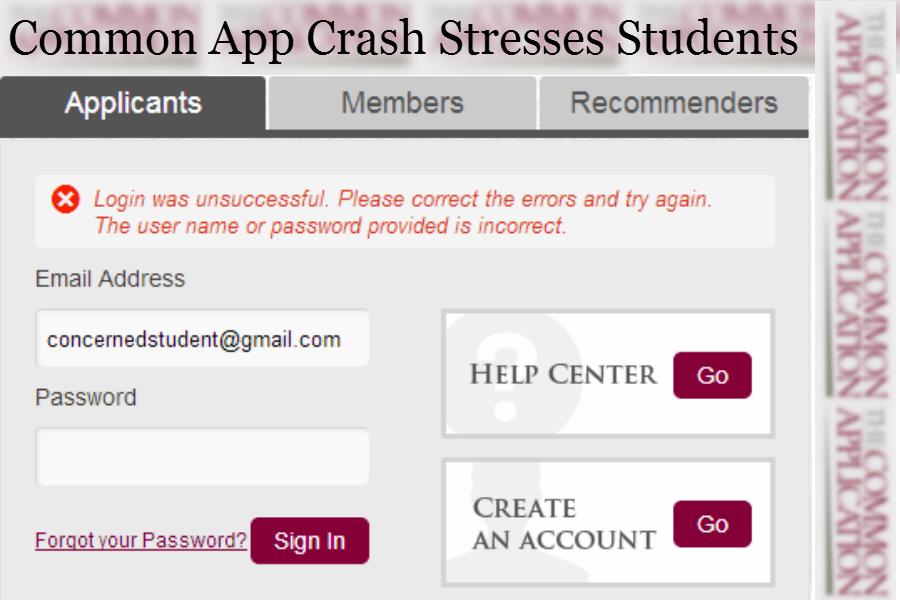 Panic erupted in the Staples senior class last Monday, Oct 14 when the Common Application website became exceedingly slow for some and completely inaccessible for many. With over one million users and 500 schools in the system, some of which have Early Action and Early Decision deadlines of Oct. 15, students became frantic as they attempted to finish last minute application corrections, with no luck.

It is currently unknown as to what caused these technical difficulties, but counselors speculate the problem was due to the high volume of attempted access.

The big crash wasn’t the only issue Common App was having. For Emily Smolka ’14, her completed application was nearly lost after the mishap last Monday. Smolka was on the phone with tech support for much of the day, trying to get her account back. When she finally did, some of her information was missing. “I had to go through my application again and fill in what wasn’t able to be retraced,” Smolka said. “It was so stressful.”

Luckily for students, many of the schools with Oct. 15 deadlines, like the University of North Carolina at Chapel Hill and Georgia Institute of Technology, pushed this date to Oct. 21 or later.

School Counselor Vicky Capozzi thinks students should be taking a deep breath. “Common App is fully aware of what’s going on. As with any brand new program, there’s always going to be technical issues, but the colleges are on-board and understand,” Capozzi said. “The big message here is, if you have a Nov. 1 deadline, don’t hit the send button on Oct. 31, but rather send it in a couple days before.”