Leak in the Radio Hallway 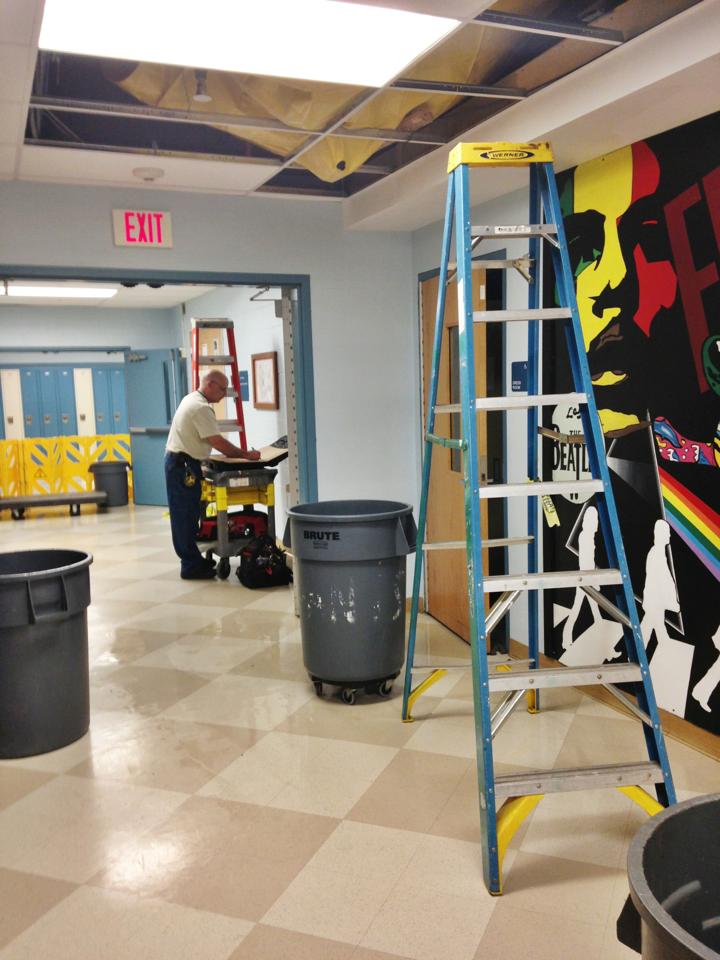 Over the weekend a pipe leaked in the music hallway, right outside the media lab

Custodians noticed the leak around 6:30 a.m. on Monday morning. Custodian Gary Quinlan said he needs to shut down the water supply to fix the leak, but the pipe was a part of the cold water supply that runs to the kitchen, so he can’t fix it until the kitchen is closed.

Until then, custodians are using a tarp to funnel the water into an empty garbage bin.

“The staff will shut the water down after school in order to fix it,” Principal Dodig said.

Dodig said the hallway will be clear by tomorrow, and Quinlan said the pipe itself should be fixed by tonight.

As to why the leak happened, Quinlan didn’t have a definite answer. The pipes weren’t particularly old, but he said that different materials can wear out without a specific cause.