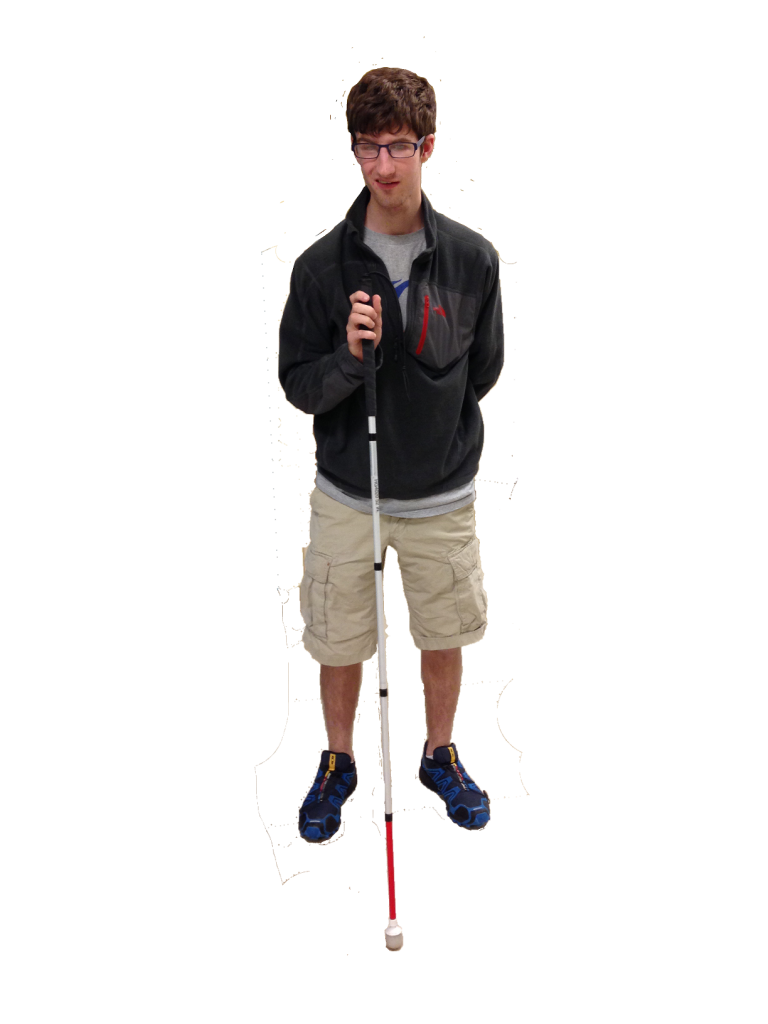 When asked what the most exciting thing about going off to college is, most students would probably say the independence.

All throughout high school, students yearn for the liberation of college life: no parents, no curfew, no rules.

But, for Sam Robson ’13, the word independence holds even more significance.

Robson, who is blind, will spend his next three years at the VistaVocational & LifeSkillsCenter in Westbrook, Conn., enrolled in a program that focuses on helping adults with disabilities develop the skills they need to lead rich and independent lives.

Robson will be only the second visually-impaired student to ever be enrolled at Vista.

Admission to Vista, like any regular university, is a matter of how the school and the student match up. Vista’s website says that they evaluate potential students based on employment potential, life skills, cognitive, social and emotional development and community integration.

“Typically, administrators from [Vista] will come and observe the students, looking for their level of independence and how well they can advocate for themselves,” said Deborah Gallon, who works in the Special Education department at Staples.

Robson’s decision to go to Vista, as opposed to any other program offered to blind students, was made similarly to any other student’s choice. He considered his options and weighed the pros and cons, but, it came down to a gut feeling.

“I took a look at a couple college programs, and I like them, but they weren’t for me,” said Robson. “The staff at Vista were so nice to me and so open and warm. It was what I needed to make [the experience] accessible for me. They just made it very easy.”

Like Robson, many students with disabilities want to enroll in higher education to enrich their minds and their lives. Lucky for them, there has been a huge increase in the number of options for post-secondary education for disabled students in the U.S. According to USA Today, as recently as 2002, there were only four programs on university campuses that allowed students with disabilities to experience college life with assistance from the school. As of 2009, that number has increased to over 250 nationwide.

This won’t be Robson’s first time at a school for the disabled. After completing the seventh grade in Westport Public Schools, Robson transferred to the PerkinsSchool for the Blind, in Watertown, Conn., the oldest school for the blind in the U.S.

“[Switching schools] was hard, but I’ve now learned so much that I took and brought here,” said Robson. “I’ve met so many different people from all my different schools, and I’ve learned not to think that I’m not gonna meet someone or that I can’t have a friendship with them just because I’m different from everyone else.”

But Robson isn’t really so different from boys his age. He loves sports, seeing his friends and participating in extracurricular activities. A devout Boston Celtics fan, Robson has a dream to someday get a college degree and work as a manager for a sports team.

“[I’m interested in] pursuing something that’s going to really interest my mind and keep me busy,” said Robson. “I don’t want to just sit at home and do nothing for the rest of my life.”

Although the path Robson is taking may be different from the rest of Staples’ graduating class, he sounds just like everyone else when he smiles and says, “I just want to get out of my house. I’ve been here for almost 21 years, and I am so ready to officially leave.”