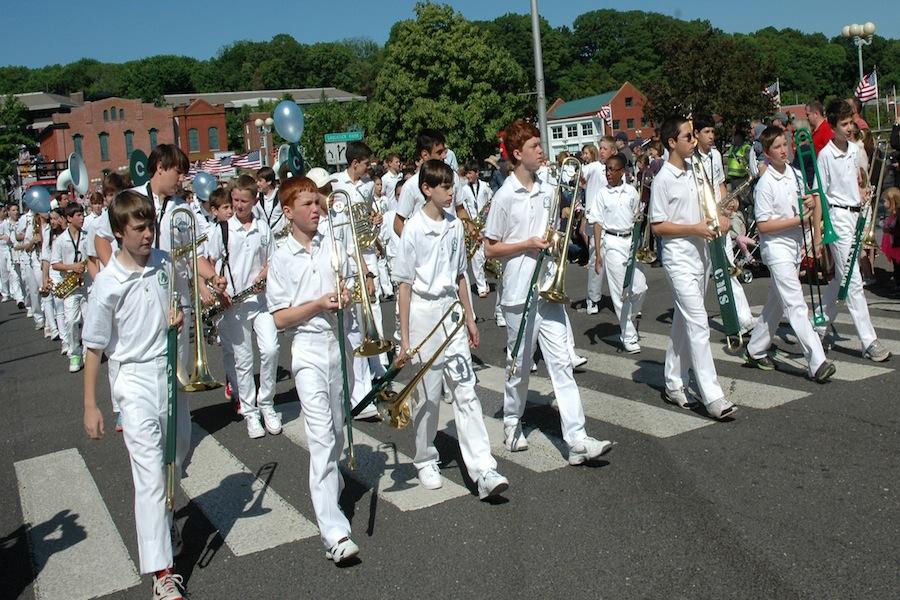 The Coleytown marching band performed in the parade.

This morning, Monday, May 27, downtown Westport overflowed with patriotic Americans celebrating Memorial Day and watching Westport’s Memorial Day Parade. As the parade began, police and military officers got the spotlight as they marched down their route. Other officers followed, including Emergency Medical Technicians. Then, World War II veterans rode through the parade, most of them in convertibles. Afterward, many organizations, bands and sports teams made their way through the procession, waving American flags and celebrating our fallen soldiers. The crowd cheered and clapped for all in the parade.