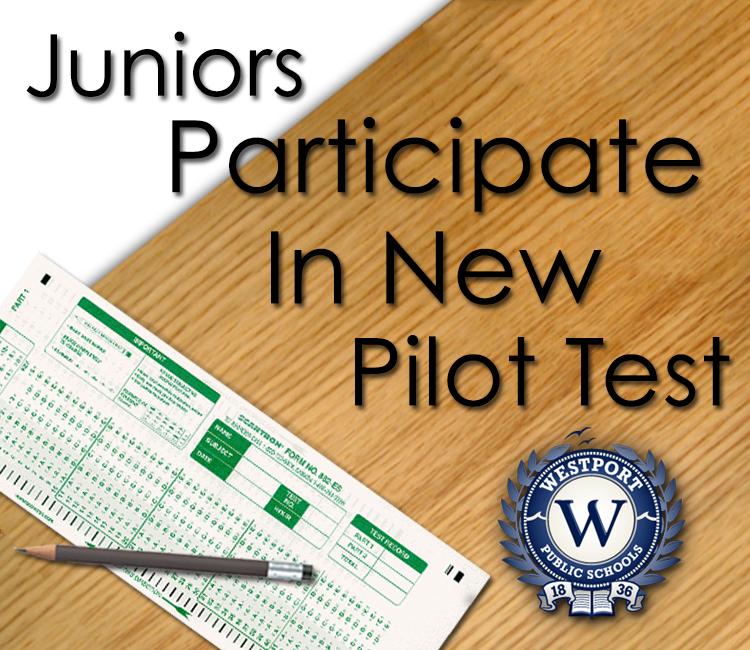 Throughout the weeks of May 6 and 13, juniors will be participating in a pilot test that is associated with the Common Core States Standard. Juniors will be randomly selected by the school to take the pilot Math and Writing sections for the new test that will replace CAPT in 2015.

Frank Corbo, the K-12 Coordinator for Mathematics, explained that students will not get individual grades for the pilot test but their participation will help tremendously. “We want to preserve the tradition of excellence at Staples, and, so, the information we get about this pilot will help us to help the kids to be very well-prepared for the real test,” said Corbo.

This pilot assessment is an opportunity for school districts to preview the new testing that will be given to juniors starting in 2015. According to Principal John Dodig, because the state of Connecticut has not given out any sample tests or questions, this is the only way the school can get information.

Since the state test is not yet a law, this pilot test is not mandatory. Dodig said that, if the testing interferes with AP exams, juniors should not take the test. “However, we need a big enough group and a cross section of students to take it,” said Dodig. “If everyone opts out, we will get no results and it will hurt the next junior class.”

Both the Math and Writing sections will be administered through the computer, and the Math section will adapt to the student’s skill level. This means that giving a correct answer will result in the next question being harder while giving an incorrect answer will lead to the next problem being easier.

“The difficulty of the problems an individual student is given will depend on that student’s answer to the previous question,” said Corbo.

Still, regardless of all the unknowns, this pilot test is important because it will give the school information on how successful it will do on the real test. For example, Staples has the highest math CAPT scores in the state, but this could change due to the new test.

“If all juniors in the state will have to take this test and if it will be tied to graduation as is CAPT, it would be inexcusable of any principal not to find out how our students will do on this test so that we can be certain that our curriculum and instruction gives our students the skills to do well on it,” said Dodig.