Sophomore US Classes Visit the Home and Library of FDR 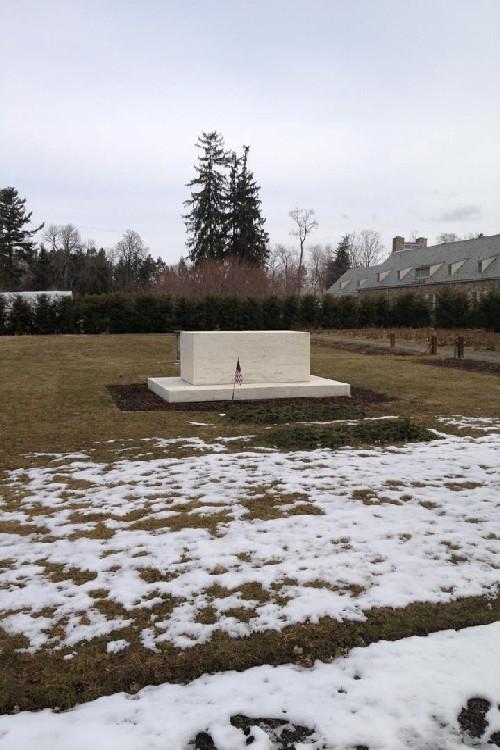 On a field trip to FDR's house and library, students got to see the late president's grave.

On March 25, sophomore students from Sheila Hirai and Jeanne Stevens’ US History classes went on a field trip to Hyde Park in New York where they visited the home of the 32nd President, Franklin D. Roosevelt and the FDR Library.

The two teachers had gone to visit the museum and library in November to do a dry run of the field trip just to make sure it was good for the class.

“We were looking for a trip that wasn’t too far and that coordinated well with the curriculum,” Hirai said.

On the day of the trip students participated in three activities: they looked at documents and primary sources from Pearl Harbor and other government issues, saw a film and photo exhibit on FDR, and toured the president’s house, grounds and grave.

“While we were at the house, we looked at the bedrooms he had when he was growing up and that he shared with his wife,” Sarah Sawyer ’15 said. “I think we were able to learn a lot more about his childhood.”

According to Hirai, both classes studied the Great Depression and the 1930s, so the field trip supported past lessons while serving as an introduction to upcoming history units.

“It was really interesting to see the place that we had been talking about so much in class,” Jamie Tanzer ’15 said.

This was the first year that Staples sent classes go to FDR’s museum and library, and both teachers think that the trip went smoothly.