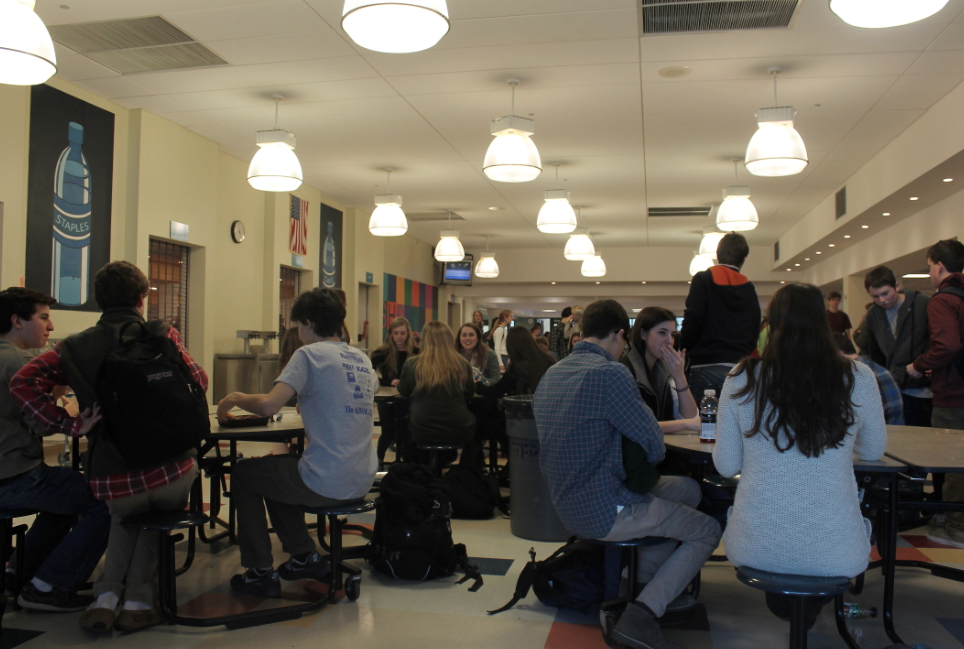 The Staples kitchen has failed their inspection 14 times in the last five years alone.

The news story could not have been more damning.

And it’s true: Westport schools’ kitchens failed 14 times in a five year span. But that doesn’t tell the whole story, according to Mark Cooper, Director of Health for the Westport Weston Health District. In fact, according to Cooper, the real problem lies in the state’s grading system, which blows relatively minor issues out of proportion.

“It all depends on the nature of what’s going on in the kitchen, which that raw score doesn’t give you. It may have in fact gotten those scores, but it doesn’t mean there’s any true public health risk,” said Cooper.

And in fact, before hearing that the Director of Health considers the kitchen clean, Staples students were alarmed by the cafeteria’s abysmal scores.

“I feel more compelled to bring my own food now,” said Kelly Chang ’13. When she found out that Cooper said Staples is not a health risk, she said, “It’s relieving, but I’m still cautious.”

Sean Driscoll ’15 was also originally worried about the cleanliness of the Staples kitchen. “It has me worried that I could be eating something that’s not safe and that’s failed an inspection,” said Driscoll. Hearing Cooper’s comments, Driscoll said he felt reassured.

Cooper doesn’t consider a score of 90 a failure. “A four-point demerit means you have something serious that needs to be fixed but doesn’t necessarily mean…anybody’s health is at risk,” he said.

He pointed out the nuances in inspections that the scores alone do not show. As he said, “You can have a score of 99 and be eating in a very unsafe place or be eating in a place with a score of 81, and it could be a lot safer.”

The reporter, Maggie Gordon, also spoke in a telephone interview about the nuances in the scores, though in a more negative light. According to her, the average score for Westport Public Schools over that five-year period was 96.88 out of 100, though the average score for Staples specifically was slightly lower at 94.5. “You can have a score that sounds like ‘Oh, wow, that’s a great score. I’d love to get that on a math test.’ But it doesn’t necessarily mean that everything is in ship shape,” said Gordon.

Yet, Cooper said, “Nothing is ever perfect. The day you open is probably the best day you’re going to have in terms of having your health inspection.”

Cooper went on to call Gordon’s article “sensationalized,” to which Gordon responded, “I can see why he’d say that. It’s not true. If you look through the data, some of these things that I’ve found in here were a little bit mind-blowing.”

Another disagreement between Cooper and Gordon was how students and parents were informed.

Gordon said, “I believe people do have the right to know.” She quoted a parent in her article who compared health inspection failures to chicken pox, arguing that parents are informed about chicken pox when it’s not always a serious issue because for some, it might be an issue.

Cooper dismissed the need to inform students of a failed health inspection when there is no threat to public health. “Are we really going to tell students that their tomato is at 48 degrees? Would they pay attention to us?” he asked.

“If there was a serious threat of any kind, everybody would know,” he added.

Students can rest assured. On Nov. 28, 2012, in the follow-up inspection to the Oct. 23 failed inspection, the Staples kitchen got a 100, a perfect score, showing what Cooper called “a process of continued improvement.”