Doubling Up: When One Class per Subject Isn’t Enough 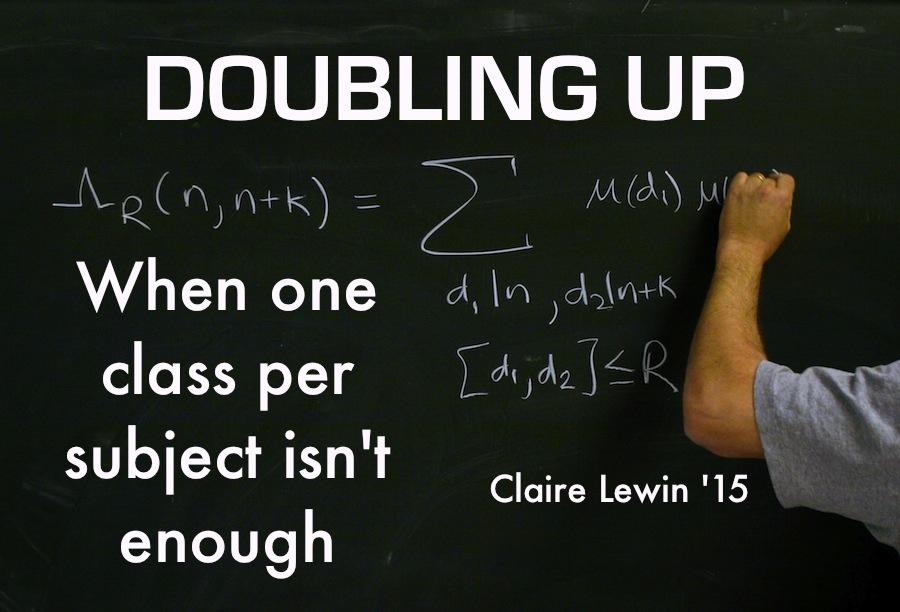 At a school like Staples High School, where taking APs are just about as common as buying a sandwich at the cafeteria, it’s no wonder students are taking learning to a whole new level.

Every year at Staples more and more students are deciding to double up on classes in some subject areas, particularly in math and science. This year, not only did Staples add two new science teachers to their lot, but a new course was introduced in the mathematics department called Personal Financing, which already has ten classes enrolled this year.

If a student takes an elective in math such as Personal Financing, he or she must take a core math class at the same time.

“It would be easy for Staples to save money and to just say that students can’t double up in classes,” said Frank Corbo, head of the Math Department. “Staples is unique in the way that it wants to offer classes that meets the students’ needs.”

There are two ways a student can double up: taking two core courses, such as Geometry and Algebra Two, or taking a course and an elective, such as Physics and Marine Biology.

It is important to understand that doubling up is a lot of work; sometimes it even requires canceling out some extracurriculars in order to make time.

“I ended up quitting one of my cheerleading teams,” says Kana Higuchi ‘15. “I needed more time to focus on homework and studying after school.”

Once a student starts doubling up, it is common that they will continue to double up in that field throughout high school.

“Sophomores often double up,” says AJ Scheetz, referring to the Science Department that he heads. “Once they do that it’s easy to look at junior year and say, ‘Hey, I can do that again.’”

According to Scheetz, Staples is a school that far defies the normal boundaries of a regular high school curriculum. Students are presented with innovative courses and experiences that allow them to learn as much as possible in their short time as high school students. It is clear due to the numerous amounts of students doubling up in classes that many are taking advantage of the opportunities at Staples.