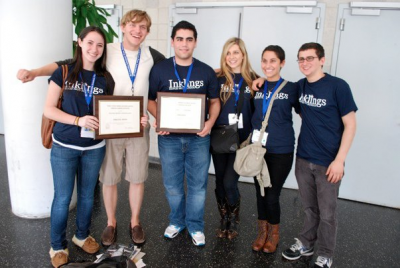 On March 18, Inklings was awarded with two Silver Crown Awards by the Columbia Scholastic Press Association; one for the paper and another for Inklings News Online. Members of the staff traveled to Columbia University for the 87th annual convention where they learned about various layout techniques, interview tactics, and even helped critique other award-winning newspapers, magazines, and yearbooks across the nation. 13 magazines, 12 newspapers, nine online newspapers, and 20 yearbooks received Gold Crown Awards, while 103 other publications received Silver Crown Awards.