You Say You Want an Evolution: Seniors Reflect Upon Their High School Experiences 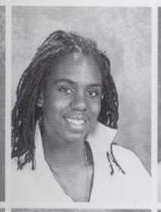 The first day of high school is simultaneously exhilarating, scary, hopeful and sad.

The easy days of middle school when all that mattered was what was number one on the pop charts and getting a B+ meant the end of the world are over, and are being replaced by a bigger, and maybe better, concept: high school. And, of course, the massive idea of college looms overhead.

Eric Wessan ’10 trudged in the doors of Staples as a self-described “pretty nerdy kid with few friends.”

Jahari Dodd ’10 strutted through the doors of Staples “full of myself and cocky. I literally thought I was going to run Staples.”

When Harry Rappaport ’10 first entered his freshman year , he “thought work was everything and nothing else was important .”

Different people had different turning points during their years at Staples. For Dodd, it was when Players performed “The Laramie Project,” which discusses the national scandal of a gay man being beaten to death in Laramie, Wyoming.

Dodd saw “The Laramie Project” the spring of his freshman year, and at the end, “just broke down.”

“I’m not a cryer,” says Dodd. “but at this show I really was bawling, uncontrollably bawling.”

Before he had seen the show, Dodd says he had a “little bit of an attitude problem,” but that “really wasn’t who I was. That idea had never been challenged until I saw the show.”

“That year, I sort of started to figure out who I was as a person,” says Dodd.

Four years later, these present seniors have a much different idea of who they are than they did when they were freshmen.They are now facing what was in the distant future four years ago: college.

Whether it be their group of friends, political ideals, or taste in music, these seniors will be walking out of the doors of Staples changed people.

“The past four years have seen me grow comfortable with people and change from an intro- to extravert,” says Wessan.

“I think that high school taught me to try to meet new friends and branch out. I’m a much more outgoing person now,” said Rappaport.

Many seniors feel as if high school teaches students important life lessons that will help them out in the real world.

Rappaport says that high school taught him “that no matter what the problem, there’s always a way to solve it. And it’s usually right there in front of you the whole time.”

Others feel as if high school has given them a better sense of who they are; their identity is more clear.

“I have discovered that I am a competent person. I am an extremist, I am passionate, and I will succeed,” Wessan said.